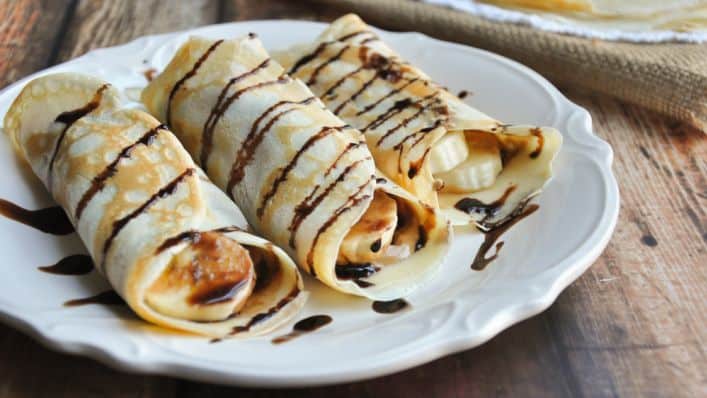 7 teenagers have been charged for placing bodily fluids inside their instructors’ food, having intermingled some crepes with sperm.

Prosecutors state the boys elected to contaminate food set to be served to their educators as part of a Olentangy Hyatts Middle School cooking contest. The teachers – a 49-year-old man and a 24-year old woman – were participating as the judges for the class rivalry, in which dishes made by students were opposed against each other. Atfer a four-month investigation, prosecutors in Delaware County filed criminal counts against one 15-year-old and six 14-year-olds. A video supposedly exhibited the suspects’ seminal fluid being added to the crepes – a measure that was revealed only once two unknowing teachers had ate the food. Delaware County Sheriff’s Office spokeswoman, Tracy Whited, explained: “One student filmed some of it, and the video made its way around the school and fortunately to school administrators.”

A lawyer representing four of the students said in a written statement: “Everyone has worked very hard this summer to resolve these cases in a fair manner that takes into account the disgusting nature of this prank, while also balancing the fact that we’re talking about 8th grade boys. This is an example of how easily influenced kids are by what they see on YouTube and social media. They are learning an extremely hard lesson. We feel horrible for these teachers.” Olentangy Schools added: “We are aware that charges have been filed in this case and we thank law enforcement for their due diligence. As a district, we are saddened that these charges are a result of actions that took place at one of our schools. Our teachers deserve respect and kindness, and anything less than that is completely unacceptable. We will continue to support law enforcement in every way possible.”

Recent trends have reported that K-pop fans in the US are getting mixed in with current issues in politics. K-pop fan communities are using online platforms to rally up and protest against racism in the United States. In support of the #BlackLivesMatter movement, the online K-pop community has come together in protest. Never has it… END_OF_DOCUMENT_TOKEN_TO_BE_REPLACED

Just this week, lawmakers approved a bill establishing the District of Columbia (D.C.) as the 51st state of the United States of America. This is after multiple calls and protests from the citizens to finally consider D.C. as a state.  However, the bill is not out of the woods yet as it faces multiple oppositions… END_OF_DOCUMENT_TOKEN_TO_BE_REPLACED