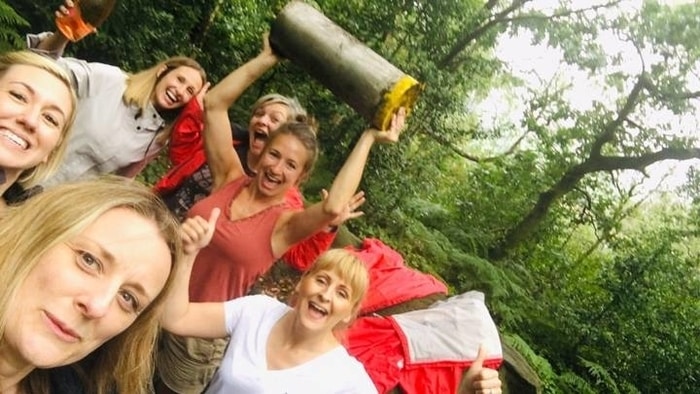 Six classmates who buried a time capsule in the 90s, found out 22 years later they were very precise on the forecasts for where they’d be in the future.

As the years dragged by Emma Page, Gemma Lynch, Sian McGreary, Gemma Albiston, Katy Wynne and Gemma Roughsedge lost touch. It was only when Page, who came up with the notion of the capsule after viewing Blue Peter, contacted her old pals via Facebook that the crew were aligned once more. Amazingly, when the former Helsby High School mates dug their capsule up, they realized they had managed with pinpoint accuracy to prognosticate 4 of their future careers. Page, a primary school teacher, stated: “I got the idea from Blue Peter. We were in Year 10 at the time so we were coming to the end of our school time. So I thought it would be a good idea to do a time capsule to capture our memories as friends. We buried it at the spot we would usually meet up on a Friday and hang out. We actually agreed to dig it up 10 years after burying it and my mum kept the date on the calendar.

“It got to this year and I thought we had to do it now, otherwise we are never going to do it. We took up some Prosecco to celebrate and it was such an emotional day but in a good way.” The exact predictions included Page becoming a school teacher and Albiston assisting animals as she ultimately became a dog groomer. Lynch was too hailed as a teacher, which for 13 years she was, and the girls said McGreary would end up an office worker. Mother-of-one Lynch, who works now as a nursery inspector, furthered: “I am getting married next week and one of the girls had drawn a wedding dress which is pretty much identical to the one I’m going to be wearing.”

High School Student Gives Out Cookies Made From Grandparents’ Ashes

The world is currently crippled by a global health pandemic. However, more and more catastrophes seem to be continuously tormenting the world. Threats of a recession, unemployment, and illness do not seem to be enough punishment for mankind. Explosions, threats of war, and accidents are happening. What is worse is that there are natural calamities… END_OF_DOCUMENT_TOKEN_TO_BE_REPLACED

The Michelle Obama Podcast was released on the 29th of July and can be streamed on Spotify, both for free and premium users. The world is currently hyped that the Former First Lady of the United States has released the first episode of her latest podcast. What made listeners even more excited was when she… END_OF_DOCUMENT_TOKEN_TO_BE_REPLACED