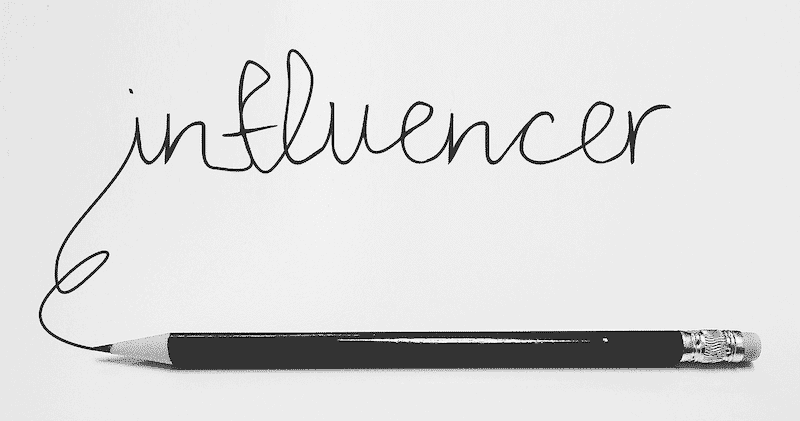 One of the biggest outcomes of the prevalence of the internet has been social media. The main social media platforms have completely changed different industries including the entertainment, marketing, and everything else in between.

As to what they are exactly, social media influencers are essentially popular social media users with respect within a specific niche. Their role in social media is to “influence” their followers to do or buy what they have. As you can imagine, the access that influencers have to their usually large following makes them a target for companies who want to market a specific product or service.

However, this form of marketing can only be taken advantage of if a social media influencer stays away from controversy. On the other hand, some people argue that controversy is only bringing more attention that can be turned into profit. As the saying goes, “all publicity is good publicity”.

Whether that is true or not doesn’t take away from the importance of influencers on all social media platforms. With this in mind, let’s take a look at the top ten most controversial social media influencers in 2019.

Arguably the most controversial social media influencer today is Logan Paul. He had his start through Vine and quickly gained a reputation as a funny and entertaining influencer. He has amassed over 55 million total followers throughout his social media accounts. Recently, he has been in controversial issues that forced him to make several apology videos to protect his brand.

As the younger brother of Logan Paul, Jake Paul also made an easy transition into being one of the most popular influencers today. Being in his early twenty’s, he has already gained over 30 million total followers in a pace that not even his brother could compete with. Through his influence gains, he has been able to create his own companies and help others do the same. Coincidentally, Jake has also been in some controversial light for some of the same troubles that his brother had.

On the YouTube side of social media platforms, it’s hard to talk about controversy without bringing up Yousef Erakat. Having built his following from videos that included comedy sketches and pranks, he easily found himself in trouble with the people that he took advantage of, even if it was in good spirits. Nonetheless, including YouTube, Yousef has gained well over 10 million followers from his videos alone.

Lele Pons credits her incredible success from having an early start as an influencer. Lele understood how social media could benefit her and others since the age of 16. Since them, she has branched out into other avenues including entertainment hosting, video production, and music. As a practical joker in some of her videos, she has also found a bit of trouble with people but, nothing she couldn’t overcome.

Out of all the social media influencers out there today, Lilly Singh made one of the fastest transitions from the world of internet celebrity to mainstream entertainment. From her main social media platform on YouTube, Lilly went on to create a following of over 30 million. However, her strong stances on issues such as gender inequality and discrimination have brought her both positive recognition and controversy.

In 2019, there is no other influencer that has made a faster rise from being unknown to popular than Danny Duncan. That said, he managed to build his following by being controversial on purpose. His videos include wild stunts, pranks, and other similar acts that regularly draw him millions of views on his videos. If you want to increase your social media presence, Danny Duncan would be a good influencer to learn from.

Similar to Danny Duncan, David also made a name for himself by making videos with the same controversial style. However, David’s videos have caught the attention of other popular influences such as Kylie Jenner and Lele Pons. Apart from his videos, David has more than 10 million followers on his other social media accounts.

Having discussed influencers who have made a name for themselves from being controversial on purpose, we have to discuss one of the influencers who created this style of attention. That influencer is none other than Roman Atwood. However, Roman manages to create a wonderful blend of wild content with a family-friendly touch that anyone can enjoy.

Outside of the United States, it’s hard to find an influencer as controversial as Olajide Olatunji. Otherwise known as KSI, his style of content includes outrages and outlandish activities with everything he does. His popularity with his content has helped him launch a successful rap career apart from creating other businesses.

Last but not least is Felix Kjellberg. Having only lost his title as the most subscribed YouTuber this year, he is still widely regarded as the YouTube king. However, that status is not earned without a bit of controversy. Luckily, he has been able to keep his millions of followers by staying true to himself.

Image by ElisaRiva from Pixabay

How did he die? An African American man, George Floyd, 46, was killed by Minneapolis Police officers. Floyd was being investigated for forgery. George Floyd’s death was caused by a police officer holding him down on the ground with a knee on his neck. He was not shot to death but instead strangulated. Now, his family… END_OF_DOCUMENT_TOKEN_TO_BE_REPLACED

The Blood Test, The Swab Test, and The Saliva Test      Essentially, there are three general types of COVID-19 testing produced so far. One is the rapid test, the second is the saliva test and the other is the swab test. The rapid test (also known as the anti-body test) uses blood samples. The swab test… END_OF_DOCUMENT_TOKEN_TO_BE_REPLACED

The COVID-19 pandemic is one of the biggest modern pandemics known in history. Currently, there are more than five million confirmed cases in the world, with a total of 333,000 deaths. A total of 1.6 million of these confirmed cases are in the US alone. The world is currently in a race of finding a… END_OF_DOCUMENT_TOKEN_TO_BE_REPLACED

Despite concrete data and research, people’s opinions will always be diverse when it comes to a variety of topics including religion, politics, gender, and more. Denial is a common reaction to many important discussions and serious world events. The COVID-19 pandemic does not differ from any issues and is subject to opinions from critiques all… END_OF_DOCUMENT_TOKEN_TO_BE_REPLACED

Back in January, when the Wuhan, China coronavirus broke out, it didn’t make it to the front page of newspapers, in print or virtual form. Today, January feels like a lifetime away. Like it or not, people around the world have adapted to the new normal – staying at home, frequent hand washing, and social… END_OF_DOCUMENT_TOKEN_TO_BE_REPLACED

Since the beginning of the year 2020, the whole world has been stupefied by the rapid spread of a deadly coronavirus known as COVID-19. World superpowers in the West were unable to prevent the virus from reaching their borders. Because of this fact, the novel coronavirus COVID-19 became a world-wide pandemic no less than three… END_OF_DOCUMENT_TOKEN_TO_BE_REPLACED