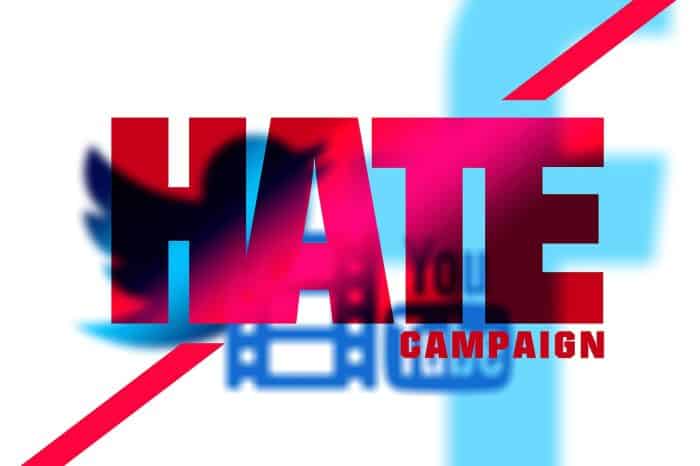 In 2011, activists in Cairo took to the internet to start a revolution. After three decades of repression, the pro-democrats brought down President Hosni Mubarak. And their weapon of choice? The internet.

While people are using internet technology to promote equality and democracy, hate groups are also using the same technology to monger fear and create discontent among its members. They’re able to reach broader audiences and spread conspiracies faster than ever before.

So, the question now is, what price are we paying for free online speech? And where do we draw the line between freedom of expression and terrorism? In this article, we’ll take a closer look at how hosting providers are addressing the problem of online hate speech.

Just how much hate is there online?

According to a handful of non-profits that monitor websites that publish hate speech content, most of the service providers come from the United States. And these companies providing hosting services are considered to be the biggest in the world.

GoDaddy hosts 130 sites including two websites that serve as fronts for Blood & Honour, a neo-Nazi music network. The site was founded by the lead singer of a white supremacist metal band, whose members reportedly advocate a violent race war.

Dreamhost hosts 23 sites including the website of the National Alliance for Reform and Restoration Group.

When asked for a statement, a spokesperson for GoDaddy wrote:

GoDaddy does not condone content that advocates expressions of hate, racism, bigotry. We generally do not take action on complaints that would constitute censorship of content and limit the exercise of freedom of speech and expression on the Internet. While we detest the sentiment of such sites, we support a free and open Internet and, similar to the principles of free speech, that sometimes means allowing such tasteless, ignorant content.

A representative for Dreamhost shares the same sentiment stating:

[W]hen private companies that control internet traffic begin to weigh in on questions of content, then the very fabric of what we know the internet to be, and how it can be expected to function, is placed at risk.

As one representative for French hosting company, OVH aptly puts it:

But not all companies are hesitant to act. In 2017, Cloudflare gave the Daily Stormer the boot and temporarily reversed its company policy for content neutrality. But after cutting off service for the neo-Nazi website, it received complaints about the services it was providing to organizations promoting racial equality like Black Lives Matter.

The reason? By banning websites run by hate groups online, Cloudflare is showing bias against these groups and their cause while tolerating others.

Of all the hosting companies, only 1 acted on the report. One of the many WordPress hosting providers, Automattic displayed grit by suspending 23 questionable sites.

The United States has a reputation of being more tolerant of hate speech, but the truth is, it’s not as simple as banning websites that promote it.

First, The US prides itself as the land of the free. And as a democratic country that is founded on freedom, the US constitution upholds every person’s right to free speech as long as it doesn’t harm another person directly. If a racial slur isn’t followed up with violent acts that physically harm another person, then the government has no power to step in.

Second, tech companies still can’t properly tag what is extremist content and what isn’t. Even though social media platforms like YouTube and Facebook rely heavily on Artificial Intelligence, in-house moderators, and user reports, there are not enough resources to sift through every single piece of content across different markets. Plus, there are no global regulations that establish content, privacy, and data standards.

And lastly, these companies still need to think of their bottom line. With the sheer amount of websites that can be tagged for extremist content, platforms are set to lose revenue from advertising. Also, these hosting companies will need to use resources to look for and moderate hate groups using their platform. If a web hosting company decides to ban a website, the group running the website can simply switch to another company that doesn’t know or cares about their content.

It would be impossible for every tech company in the world to cut off every single extremist groups from using their platforms. But if all these companies decide to work with internet watchdogs that try to make the Internet a safe place, there could still be hope. If companies become more proactive and diligent in monitoring how their platforms are used, extremist groups will have to resort to other mediums to spread their message of hate.

The Washington Post reports that tech giants are asking the UK to reconsider free speech and discourage hate speeches online via a fine. It’s a step towards lessening the hateful voices online, although there are still more steps to go.

For now, it’s up to these companies to decide if they will accept money from an anti-LGBT group or a neo-Nazi group. Without rules and consistent enforcement, monitoring hate content will still be done on a case-to-case basis.

The world is devastated by the news that Britain’s Prince Philip, the Duke of Edinburgh, has died at the age of 99. Palace media confirms that the Duke has expired mid-day today, April 9th. The announcement did not contain any specifics on the cause of death. The United Kingdom will enter a state of national… END_OF_DOCUMENT_TOKEN_TO_BE_REPLACED

Who would have known that religious prophets would be among the most loyal supporters of former President Trump? In fact, it has been observed that the most conservative Christians may have been the right amount of push for Trump’s presidential win back in 2016. Since Trump’s election back in 2016, numerous self-proclaimed “prophets” have been… END_OF_DOCUMENT_TOKEN_TO_BE_REPLACED

President Biden falls and slips multiple times on the Airforce One Steps and PEOPLE ARE GOING CRAZY! What’s the big deal? Some people are hating, while others are making memes just for the fun of it. We are all human, aren’t we? Everyone’s expected to stumble some time in their lives. However, with the internet… END_OF_DOCUMENT_TOKEN_TO_BE_REPLACED