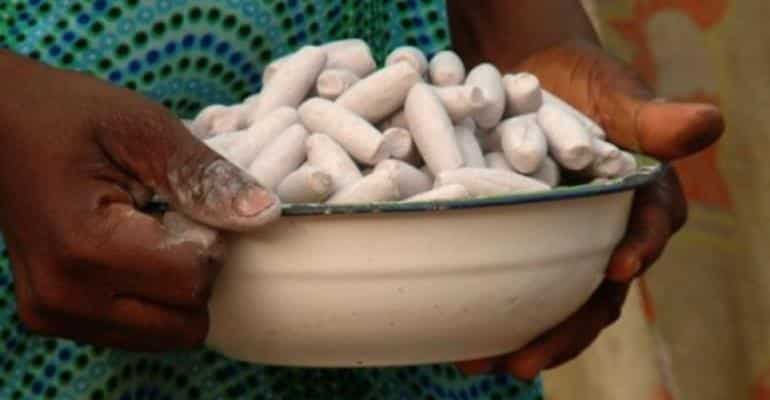 Celebrities leave no stone unturned to stay beautiful and young-looking. They’re willing to try crazy beauty routines that even we mere mortals wouldn’t dare to. Here are a few of the wacky and pukey things they put on their glamorous faces. Who knows? You may want to give these crazy celebrity beauty routines a try.

Shailene Woodley’s cleansing secret is eating clay. The actress says a teaspoon of it alkalizes the body and binds other waste matter to it during excretion. Eating or drinking clay is an old French practice that has reached Hollywood. It has an energizing effect as well.

Kate Beckinsale calls it “an amazing facial.” She’s talking about the penis facial, and it isn’t what you’re thinking. It’s a serum made of stem cells taken from the foreskins of Korean newborn baby boys.

The cells contain the epidermal growth factor that is micro-needled into the skin and helps in collagen production. Sandra Bullock and Cate Blanchett are fans of the penis facial, too. Why Korean, specifically? Would it make a difference if the babies were from another place?

Hailey Baldwin, now Bieber, shells out $1400 per jar for a cream moisturizer created by a German doctor, Barbara Sturm. But that’s not all! Hailey has to have her own blood extracted from her body, and its white blood cells and plasma separated by centrifuge, then mixed with the cream. The growth factor in platelet-rich plasma has moisturizing and anti-aging effects. The daughter of Stephen Baldwin believes in early preparation. After all, she’s only 22!

Harry Styles singer has one thing in common with Tom Cruise, Angelina Jolie and Victoria Beckham. They use bird poop (Japanese nightingales, actually) as their skin treatment. The urea-rich droppings are sterilized, dehydrated, mashed into powder, and mixed with liquid to make a paste. It takes years off your look, zaps your acne and even makes bald heads grow hair.

Kim Kardashian has to come up with crazy things to keep people talking about her. So she came up with her vampire facial – blood drawn out from her arms, spun to isolate the plasma and platelets, then smeared on her face, or injected into the wrinkles. It’s supposed to ward off ageing signs.

But doesn’t it look like a copy of Hailey’s exorbitantly priced MC1 Blood Cream?

Drew Barrymore and Katie Holmes have snail slime to thank for their hydrated and firm skin. Another weird concoction of Korean beauty brands, snail slime gives your skin an even tone, and stimulates collagen production. If you can’t stand the thought of slathering your face with a snail’s sticky goo, go for the trusted beauty products.

Kate Middleton swears by the bee venom facial. The mask contains real bee venom that erases wrinkles by encouraging elastin and collagen production. It reverses the signs of sun damage, pigmentation and facial puffiness, and tightens the facial muscles. Much like a Botox treatment without the injections.

Gwyneth Paltrow gushes about it. Here’s how it’s done: you sit on a toilet-like chair, and your lady parts are steamed with infrared lighting and mugwort steam. Mugwort is a medicinal plant used to treat menstrual problems. It’s supposed to balance the hormones and keep you stress-free and looking good.

A more trustworthy item that Scarlett Johansson uses to cleanse her face is the good old apple cider vinegar. A result of her own research, this common kitchen product is devoid of harsh chemicals and is effective at removing bacteria and dead skin cells.

Also read: 7 Celebrities Who Fly Their Own Planes (and interesting info you may not know about)

Gift-giving isn’t just a seasonal affair between friends, families and acquaintances. The art of gift-giving is also conducted on a national scale with countries often sending each other big, weird and expensive gifts. Experts in all things gifts, Vanilla Reindeer put together some examples of these expensive and odd gifts that have been shared between… END_OF_DOCUMENT_TOKEN_TO_BE_REPLACED

There are lots of ways you can make Pres. Trump feel welcome: you can offer him coffee, or mow a penis into a field for him to view as his plane lands. The willie in question has been chopped by Born Eco ahead of the arrival of President Trump, who visited the UK Monday for… END_OF_DOCUMENT_TOKEN_TO_BE_REPLACED

The year isn’t even halfway over, yet Donald Trump has managed to make a fool of himself and our country countless times. From inviting the national college football champions, the Clemson Tigers, all the way to the White House for some McDonald’s to his to the dreaded results of Mueller’s investigation, it has been one… END_OF_DOCUMENT_TOKEN_TO_BE_REPLACED

Republicans have always said that when they gained control in Congress, they would work to overturn Roe v. Wade and here they are, cashing in on that promise one state at a time. So far, Alabama, Arkansas, Georgia, Kentucky, Missouri, and Ohio have all passed incredibly restrictive laws on abortions, making it illegal for women… END_OF_DOCUMENT_TOKEN_TO_BE_REPLACED

If you’re on Snapchat, then you’ve probably played around with (and were likely horrified by) their filter gender swap filters. While you’re probably using these filters to send hilarious pics to your friends, some guys using them to create Tinder profiles. What likely started out as a joke has quickly evolved, and these guys are… END_OF_DOCUMENT_TOKEN_TO_BE_REPLACED

“Milkshaking” is a hilarious trend in Britain where a milkshake is thrown at and ideally lands on a far-right politician or activist. The point of this nonviolence protest is to humiliate them without causing injury. Physical injury at least. There’s no doubt that milkshaking has led to a few bruised egos. Not only is this… END_OF_DOCUMENT_TOKEN_TO_BE_REPLACED