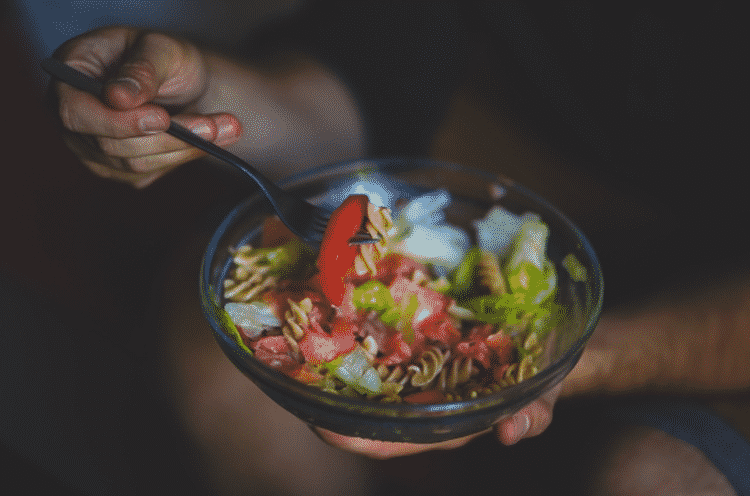 How can you be more like the world-class athletes that inspire millions around the world every day? By checking out what they eat for breakfast, of course!

We are not promising that if you start eating these breakfasts that you will suddenly break world records like Caster Sememya or become the greatest footballer alive like Cristiano Ronaldo. But if you want to improve your diet, looking at what world-class athletes eat can be quite instructive.

CDA put together these infographic cards to detail what the breakfast of champions really means. Check out the original post here.

A world renowned tennis player, if not one of the most supreme athletes to exist, Serena WIlliams is undoubtedly a name we’ll talk about for many, many years to come. Taking a break from winning Grand Slams to have a baby and then returning to win even more titles, was a moment for women around the world.

Scratch that, Serena was in the early stages of her pregnancy when she won her record-breaking 23rd Grand Slam, in a final against her sister! Talk about a family affair.

Serena’s breakfast consists of oats, fruit and a healthy smoothie. The oats provide sustained energy throughout the day and give her the protein world class athletes need. All the toppings and an accompanying smoothie are vital sources of nutrients, vitamins, minerals and fibre. She’ll also throw in a pastry for good measure, she’s earned it.

Tiger Woods completed a return to the pinnacle of golf after a public fall from grace when he won The Masters earlier in 2019. Whether you like him or not, it was an alluring human story of perseverance and there’s absolutely no denying his massive impact on the sport. He forced a generation to sit up and pay attention to what he was doing in a sport many have no interest in whatsoever.

Golf may not be considered that physical, but you still need to be able to maintain a level of strength and performance over many hours over many days.

Woods opts for an egg-white omelette. High in protein, with an optimal amount of carbs, he’s clearly doing something right.

Better known as ‘The Mountain’ for his role in Game of Thrones, Bjornsson is one of the strongest men walking this planet. Strongmen like Bjornsson may not be athletes in the way that we conventionally think of them, but it takes an incredible amount of dedication, patience and focus to keep yourself on the most brutally strict and loathsome eating and exercise regimens an athlete can have.

Sure, they have big appetites anyway but it’s actually still a struggle for them to eat just so much.

Ronaldo has proven time and time again why he is the all-time greatest football player. The Messi vs Ronaldo debate goes a bit like this: “Messi’s stats though!” “Has he done it in three different leagues though?” With five Ballon D’Ors apiece, it is looking increasingly more impossible to settle the debate.

Really, we have to be thankful that they have played at the same time, constantly pushing each other to always be better and ultimately, they are both very different players with different styles.

How does an elite footballer like Ronaldo fuel up? Taking in 1200kcal to start the day, Ronaldo’s breakfast is high in caffeine, carbs and healthy fats, Ronaldo’s plate consists of meats, cheeses, yoghurt, fruit and a side of avo toast with some coffee to wash it down.

When the world’s athletic governing body works against you to level the playing field for your opponents, you know you’re a unique athlete. Should Semenya be punished and hamstringed for her natural gifts? The IAAF ruled that she has to take testosterone-reducing medication to give her opponents a fighting chance, but Semenya isn’t taking their ruling lying down. She has recently told the IAAF that they should focus their attention on the dopers in sport instead. Can you blame her?

Semenya’s breakfast is true to her roots and super simple. A bowl of Bogobe. This is a millet-based porridge that’s popular around southern Africa. Extremely low in calories, fat and protein, it’s mostly just carbs that give her the energy she needs to be the best in the world.

In 2016, we lost one of the greatest personalities in sports. There will never be another Muhammad Ali and no matter how hard boxers may try to be Ali, they will never come close. As thrilling out of the ring as he was inside, Muhammad Ali changed the game of boxing, faced persecution for his religious beliefs, inspired a generation of black Americans and was even spied on by the NSA and FBI, all whilst being the most viscerally exciting the world had seen.

What did such a man eat for breakfast in his prime? Steak, eggs, toast and orange juice. Weighing in at 1300 kcal, with 80 grams of fat, 90 grams of protein and 40 grams of carbs, this definitely helped him to stay in the heavyweight category. A breakfast fit for a champion only.