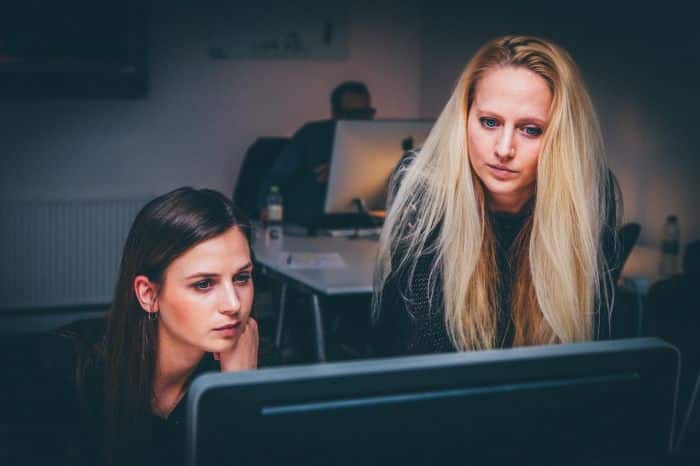 Women empowerment is rapidly moving across platforms and industries, and one of the first companies to embrace women in the digital industry is digital media game-changer Refinery29.

Refinery29 was founded by four 20-something young professionals living in New York in 2005. Philippe Von Borries, together with his wife Piera Gelardy, Christene Barberich, and Justin Stefano launched Refinery29 from a small office in a capoeira studio on Leonard street.

This was before the digital app sales ecosystem so Refinery29 was built organically via local events and collecting signups manually at boutiques.

They initially wanted to build a platform with curated content about cool independent boutique brands from all over the world and create a lot of sidebar content that spoke to a niche market. Since this idea only appealed to a specific demographic of people who weren’t interested in the mainstream, progress was slow during the start-up years.

In this exclusive interview with Alejandro Cremades for DealMakers Podcast, Philippe shares how Refinery29 came to be

From a curation blog to a multi-awarded media and entertainment group, he tells us what it was like for Refinery29 in the early years. How they funded the venture and scaled the business by staying true to their target audience – women.

Early on, they knew that they were a women-focused company. Even though the digital publishing space had a reputation of being a boy’s club, Philippe pushed on to create a platform specially dedicated to empower women in different ways.

And his persistence paid off with Refinery29 making it to the Crain’s ‘Fast 50’ list for three straight years.

But the best thing to come out of this was that Refinery29 has encouraged and attracted women to invest in their brand of women empowerment.

In the last 6 years, more powerful women have set up funds to help position Refinery29 as a company that is creating opportunities for women. They achieved success because they see women as “more than a niche market.”

“The way that we speak about ourselves today as a media entertainment brand focused on women with several businesses that stretch across our core media and advertising business, including our live events business, our studio and originals business, which is creating long-form programming, and our international businesses which is a critical part of our growth story now.”

For entrepreneurs who are asking, “how do you market a niche business?”, Philippe has this to say:

“It has a root in being very authentic. The right people were identifying themselves with the tone and the mission of Refinery early on in that we built a lot of word of mouth and street creed.”

Showcasing powerful women in the digital space as the norm

Refinery29 today is a media and entertainment company focused on women, but Philip says they didn’t engineer that. They weren’t mirroring traditional women’s media that was telling women how they should live their lives. They were much more open, which was very different from what was out there during that time.

With offices in New York, Los Angeles, London, and Berlin, Refinery29 continues to live up to their mission and vision of being a catalyst for women everywhere to fully recognize and claim their power. Even if it means changing the narrative to changing the representation of women in media and advertising.

Giving the power back to women

In this day and age where women are at the front and center of a social revolution, platforms like Refinery29 give them an even bigger stage to voice out who they really are.

After all, women are no longer afraid to make choices of their own. Simple acts that change the course of their lives like medical tattooing gives back women their sense of identity and dignity. In some ways, that’s also part of what Refinery29 aims to achieve.

It would be interesting, however, to see Refinery29 eventually branching its way out of digital media. You can only do so much by empowering people online. But how about people who don’t have access to the internet.

The world is devastated by the news that Britain’s Prince Philip, the Duke of Edinburgh, has died at the age of 99. Palace media confirms that the Duke has expired mid-day today, April 9th. The announcement did not contain any specifics on the cause of death. The United Kingdom will enter a state of national… END_OF_DOCUMENT_TOKEN_TO_BE_REPLACED

Who would have known that religious prophets would be among the most loyal supporters of former President Trump? In fact, it has been observed that the most conservative Christians may have been the right amount of push for Trump’s presidential win back in 2016. Since Trump’s election back in 2016, numerous self-proclaimed “prophets” have been… END_OF_DOCUMENT_TOKEN_TO_BE_REPLACED

President Biden falls and slips multiple times on the Airforce One Steps and PEOPLE ARE GOING CRAZY! What’s the big deal? Some people are hating, while others are making memes just for the fun of it. We are all human, aren’t we? Everyone’s expected to stumble some time in their lives. However, with the internet… END_OF_DOCUMENT_TOKEN_TO_BE_REPLACED