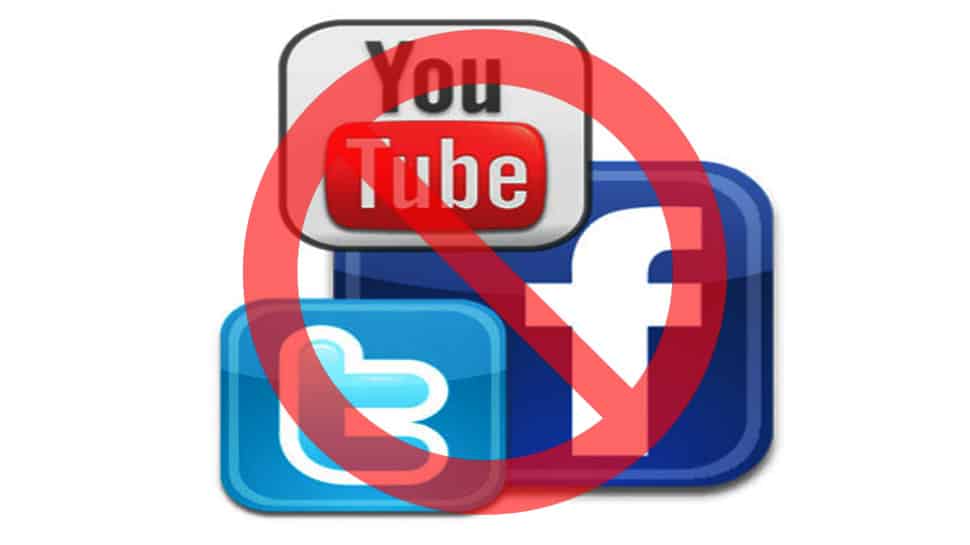 Digital censorship in China, widely referred to as The Great Firewall of China, is alive and strong. In the 2015 World Internet Conference in Wuzhen, China, Pres. Xi Jinping raised his concept of a country’s internet sovereignty, in effect warning other nations that he would brook no interference from them regarding his laws on cyber regulations.

Hence, foreign social media has zero presence in China. For us not living there, it’s inconceivable to live a normal life without Facebook, Twitter, Instagram, Pinterest and all the other social networks. But interestingly, and contrary to the Western world’s assumption, the Chinese people (except for the few radicals, which all countries have anyway) are not up in arms against the social media ban. After all, they have their alternatives to ours – Weibo, WeChat, QQ, Youku and other sites that have similar, or even better, features.

It’s the foreigners travelling to China, as tourists, for work, or other purposes, who have to suffer the burden of not being able to access their social media accounts, messaging apps and even search engines like Google and Duck Duck Go. A VPN comes in handy. Still, use with care. Avoid talking about political issues or posting pictures of your cat. Don’t use free VPNs – they have very poor security and privacy. Stay away from China VPNs – they’re sure to be monitored closely. If you need to download files or torrents, check out the 5 Best VPN Services for Torrenting – Bitcoin Accepted [New Guide 2019].

Xi’s internet controllers don’t feel bound to explain or give their reasons for the social media ban. We can only speculate. Here are some points of view gathered from aspiring political theorists:

Why Western social media is banned in China

1. China takes the solidarity of its citizens very seriously and Western influence is seen as a threat to its cohesiveness. Having access to Facebook, et al will make them aware of life on the other side and cause an uprising. All these will bring divisiveness.

2. Pres. Xi is intent on maintaining his form of value system, an alternative to democracy and the freedom linked with it. He has this valid fear that allowing Western social media and its anti-China propagandists into the communist country will incite its citizens to seek liberation from its bondage.

3. China’s trade industry and businessmen must be protected. Social media allows its users to learn about different products and purchase them. Pres. Xi wants to keep Chinese commerce in its country, and its economy circulating among Chinese business and consumers. So Jack Ma can sell through Alibaba to any country, but Chinese customers can only patronize their countrymen’s businesses.

4. China has to protect its data from being accessible to and used by foreign entities. Everyone knows that, in spite of GDPR and other privacy policies, Google, Facebook, and maybe other tech companies mine data for all kinds of purposes. Allowing them into China will potentially expose all Chinese users to data breach. They will receive targeted ads, get personalized experiences, and worst, be recruited as spies, which is what China has been doing all these years.

5. China’s goal is to be the top in the tech industry. Presumably, it’s working on being the first and best in the Internet of Things, Artificial Intelligence, robotics and big data. Allowing Western social media into the country is tantamount to giving them permission to steal their tech secrets. It doesn’t matter that China hacks into foreign schools and corporations to steal data, trade secrets and intellectual property.

6. Pres. Xi still harbors a festering grudge against Mark Zuckerberg. He believes that Facebook was the communication tool used by the independence activists that instigated the 2009 Urumqi riots in Xinjiang province. Zuckerberg was not cooperative with the Chinese government and refused to divulge information. Hence, the Facebook ban that has never been lifted.

The Blood Test, The Swab Test, and The Saliva Test      Essentially, there are three general types of COVID-19 testing produced so far. One is the rapid test, the second is the saliva test and the other is the swab test. The rapid test (also known as the anti-body test) uses blood samples. The swab test… END_OF_DOCUMENT_TOKEN_TO_BE_REPLACED

The COVID-19 pandemic is one of the biggest modern pandemics known in history. Currently, there are more than five million confirmed cases in the world, with a total of 333,000 deaths. A total of 1.6 million of these confirmed cases are in the US alone. The world is currently in a race of finding a… END_OF_DOCUMENT_TOKEN_TO_BE_REPLACED

Despite concrete data and research, people’s opinions will always be diverse when it comes to a variety of topics including religion, politics, gender, and more. Denial is a common reaction to many important discussions and serious world events. The COVID-19 pandemic does not differ from any issues and is subject to opinions from critiques all… END_OF_DOCUMENT_TOKEN_TO_BE_REPLACED

Back in January, when the Wuhan, China coronavirus broke out, it didn’t make it to the front page of newspapers, in print or virtual form. Today, January feels like a lifetime away. Like it or not, people around the world have adapted to the new normal – staying at home, frequent hand washing, and social… END_OF_DOCUMENT_TOKEN_TO_BE_REPLACED

Since the beginning of the year 2020, the whole world has been stupefied by the rapid spread of a deadly coronavirus known as COVID-19. World superpowers in the West were unable to prevent the virus from reaching their borders. Because of this fact, the novel coronavirus COVID-19 became a world-wide pandemic no less than three… END_OF_DOCUMENT_TOKEN_TO_BE_REPLACED

For months since the start of 2020, the attention of the world has focused on immediate response efforts to contain and combat the novel coronavirus, also known as COVID-19. The deadly virus has pushed millions of people into isolation.  This kept people in their homes for weeks and months away from their work, their friends,… END_OF_DOCUMENT_TOKEN_TO_BE_REPLACED