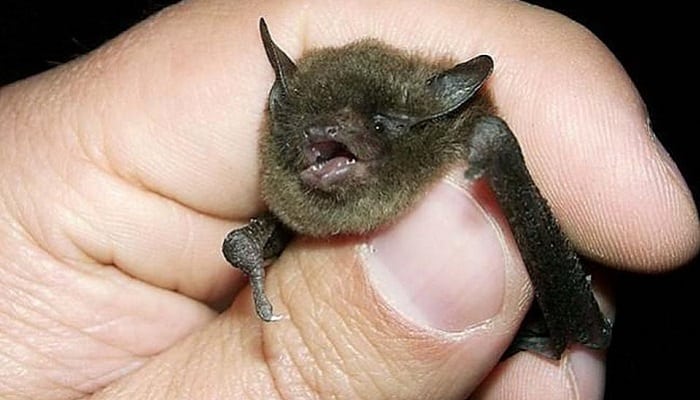 Well, that’s one more reason to refrain from purchasing overpriced Apple products. All jokes aside, bats should be off-limits for human beings since they are carriers of rabies. One of them, the little devil, even hid inside a pensioner’s iPad case and it bit his finger, giving him rabies in the process. No, he didn’t turn into a superhero who likes bats.

The unfortunate man is named Roy Syvertson, 86, from New Hampshire, US. He was just enjoying his twilight years in his home, safe from the forces of nature outside and even decided to use his iPad. In fact, he actually had fun with the device for about an hour until he felt some a sharp puncture pain which came from the iPad case.

Turns out, there was a bat hiding inside the iPad case while he was using the device. Roy even thought it was a bee at first, until he looked within the iPad case and saw the diabolical winged rodent.

“I looked, and the bat was coming out of here, between the cover and the back of the pad. And then I got up, still squeezing it, which I’m sure he wasn’t happy about, and I took him outside,” told Roy. The next morning, he checked up on the bat and it was still there but then it died later on during the day; this worried Roy. So he got himself checked for rabies.

Luckily for him, he followed his gut and the doctors diagnosed him with rabies. He was immediately treated before the mammalian disease could do any damage. As for the bat, Roy didn’t have a clue how it managed to get inside his house much less hide in his iPad case.

“It will remain a mystery, and my joke of, ‘He probably knew my password’ won’t last forever. That won’t be funny for a long time,” claimed Roy. He didn’t say whether he had plans of becoming a nightshift vigilante with a fixation for bats.

Jogger Slays Cougar With Bare Hands After It Onslaughts Him