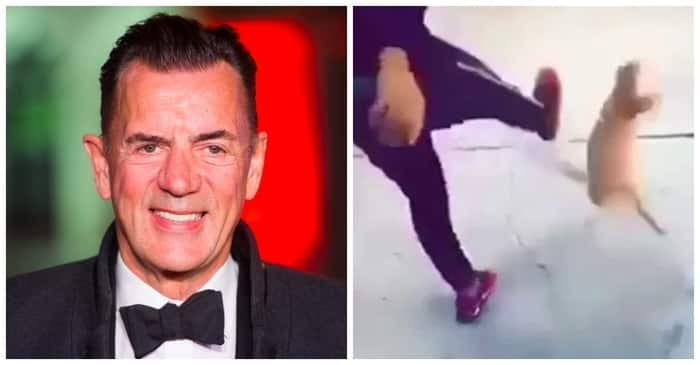 British businessman, Duncan Bannatyne, is now offering a $6,361 reward for anyone who can identify the perp kicking a cat in a video.

Someone shot footage of a man pretending to pet a cat and then swiftly drop kicking it down the sidewalk roughly 10 feet. You can clearly witness the man in the video dressed in a red cap and sneakers gaining the trust of the kitty by stroking it prior to punting it and sending the cat flying through the air. After being posted on Twitter several days ago it has since gone viral with well over 13 thousand comments, likes and shares. A $6,361 reward is now being put up by Duncan Bannatyne, a Scottish entrepreneur, for anyone who can identify the culprit in the video.

“I will pay a reward of £5,000 to whoever correctly names this piece of sh*t,” Bannatyne wrote. The RSPCA declare they were investigating the footage and then the reward was provided. “Thanks for tagging us – this has been reported and will be looked into. If you have further information regarding this please report to us on 0300 1234 999 – thanks.” Ricky Gervais, comedian and animal rights activist, posted: “I can’t decide the best punishment for this dirty cun*.”

Gemma Atkinson, Strictly Come Dancing star, added: “What an absolute Prick!!!! Sincerely hope him and his little video mate are found and have the same done to them. In fact, I’d happily pay to do it to them myself!” The reward may seem like a rad idea however it is simply just a hint of the public opinion. It is vital to remember that identifying the wrong individual could lead to a disagreeable situation.