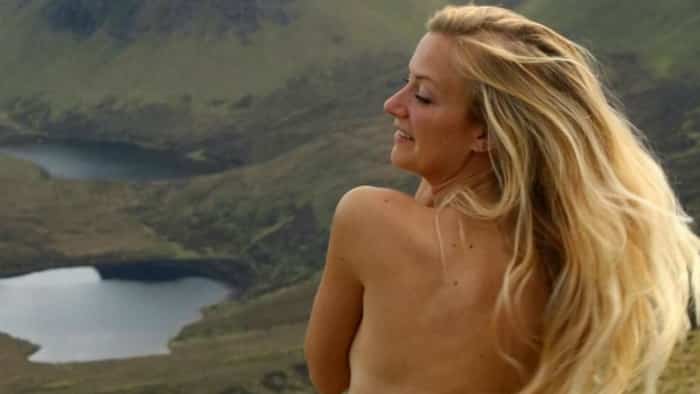 French travel blogger, Lily Mika, is appealing for assistance to locate her camera – which has tons of topless photographs of her on it.

26-year-old Mika, was in Scotland visiting the Isle of Skye, last week when she misplaced her Lumix GX80, which she uses to snap topless photos of herself around the globe. The young woman claims she shoots the topless pics to empower women and raise awareness of breast cancer; and she states it ‘would mean the world’ to have the device back. “I was so impressed with the kindness of Scottish people that I am sure that the people who found my camera are willing to give it back to its owner,” said Mika in a Facebook post.

“The topless picture is not for catching attention, they are the reason I want to do everything to find my camera. All of this is not about the money, the pictures inside are very important for me. I’m taking artistic topless pictures in the most beautiful places that I visit. My goal is to publish a book with these pictures to empower women, encourage them to become more free and confident and to do what they want. I also want to raise awareness about breast cancer. My grandmother had to fight against it, which is the reason why I chose to do topless pictures.”

Her post went on: “I took beautiful pictures for the project in Scotland and desperately want them back. Pictures of my travels with my grandpa and with my boyfriend are also in the camera and it would mean the world to me to have them back. I want the pictures to be able to add them to the book as I loved Scotland and I want to include the country in the book.”