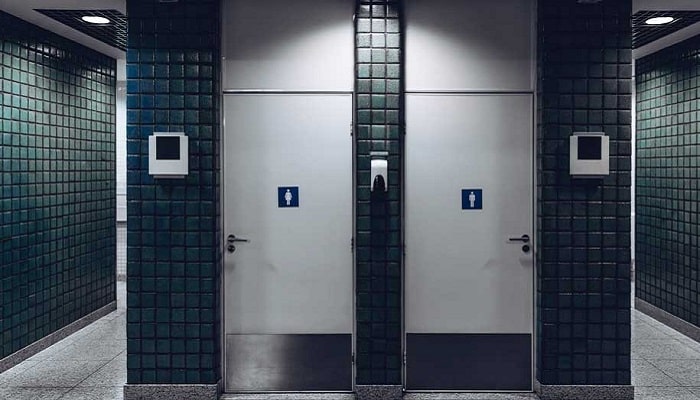 However, the notorious airport worker was part of a union within the company, called Unifor. So, the man, with the union at his back, made an appeal to the company with plenty of excuses to defend his actions including the fact that he suffers from sex addiction. Other than that, the union claimed the management never properly warned him against such behavior.

Still, the management was adamant in their decision. They had their own lawyer who then explained that firing the airport worker in question was the right call and was also legal.

“A manager told the employee there were complaints about noises in the bathroom, such as ‘breathing heavily, making erratic movements and moaning,’ and said management was concerned for the employee’s well-being. They told him that if he had a serious medical issue, he should alert human resources,” says an arbitrator.

I Was… GIF from Twobrokegirls GIFs

That means they gave the man a chance to deal with his issues accordingly but still proceeded to dismiss the management’s concerns. In any case, always wash your hands when at the airport, folks.

The world is devastated by the news that Britain’s Prince Philip, the Duke of Edinburgh, has died at the age of 99. Palace media confirms that the Duke has expired mid-day today, April 9th. The announcement did not contain any specifics on the cause of death. The United Kingdom will enter a state of national… END_OF_DOCUMENT_TOKEN_TO_BE_REPLACED

Who would have known that religious prophets would be among the most loyal supporters of former President Trump? In fact, it has been observed that the most conservative Christians may have been the right amount of push for Trump’s presidential win back in 2016. Since Trump’s election back in 2016, numerous self-proclaimed “prophets” have been… END_OF_DOCUMENT_TOKEN_TO_BE_REPLACED

President Biden falls and slips multiple times on the Airforce One Steps and PEOPLE ARE GOING CRAZY! What’s the big deal? Some people are hating, while others are making memes just for the fun of it. We are all human, aren’t we? Everyone’s expected to stumble some time in their lives. However, with the internet… END_OF_DOCUMENT_TOKEN_TO_BE_REPLACED