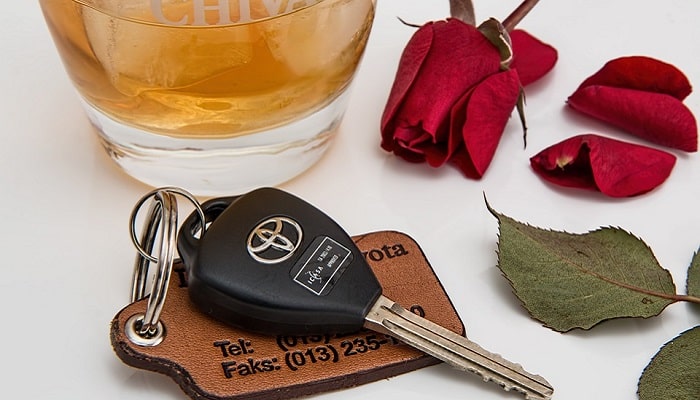 Driving, or even doing anything, while you’re drunk is never a good thing. For one, you could hurt yourself or get yourself arrested. Worse, you could spread that misfortune to others and get them hurt or arrested too. One woman from the US did; she was a drunk driver and got arrested, then called a friend to pick her up… who also turned out to be a drunk driver.

The incident happened in a small New Jersey spot called Hackettstown. 21-year-old Morgan Doran from Netcong had a little too much to drink but she didn’t handle it responsibly. She still drove along Route 46 just after midnight but was luckily pulled over by the Hackettstown police for a moving violation.

Doran was driving in a school zone and the police even smelled alcohol in her breath. Hence, the drunk driver was arrested for DWI, DWI in a school zone, reckless driving, and careless driving. Doran was taken to a police station for her charges and she called over someone to pick her up. She was in no condition to drive, after all; Doran asked her friend Sebastian Rehm, 24, of Long Valley for help.

The police, however, were surprised once Rehm arrived at the station. He was also apparently a drunk driver. The police immediately caught a scent of alcohol on him as they spoke to him after he entered the station, meaning he drove there while intoxicated.

They immediately arrested Rehm with the same charges as Doran minus DWI in a school zone. Once the two were sober, they were released with a pending court appearance. Thankfully, Rehm broke the arrest chain and didn’t call another friend who might have also been a drunk driver to pick them up.

Man Gets Drunk Then Shoots At Imaginary Clown; Finally Sentenced To Jail

The US arms sale industry is large and successful. More than 30% of exported weapons in the world come from the United States. They supply to no less than 90 nations making it one of the largest suppliers of weapons in the world. The US makes an estimate of almost 200 Billion dollars in annual… END_OF_DOCUMENT_TOKEN_TO_BE_REPLACED

Now that the election results are almost final, we all want to ask what’s going to happen to Donald Trump after leaving the office? All US Presidents inevitably reach the point where they leave the White House.  Besides, the constitution states that all US Presidents are subject to a two-term limit. What do former presidents… END_OF_DOCUMENT_TOKEN_TO_BE_REPLACED

This is the first time in modern history that the US held presidential elections in the middle of a pandemic. In truth, the US elections may have overshadowed COVID-19 and the side effects are limitless. America is facing a tough crisis of discontentment with the current administration. An understandable case but a situation that may… END_OF_DOCUMENT_TOKEN_TO_BE_REPLACED