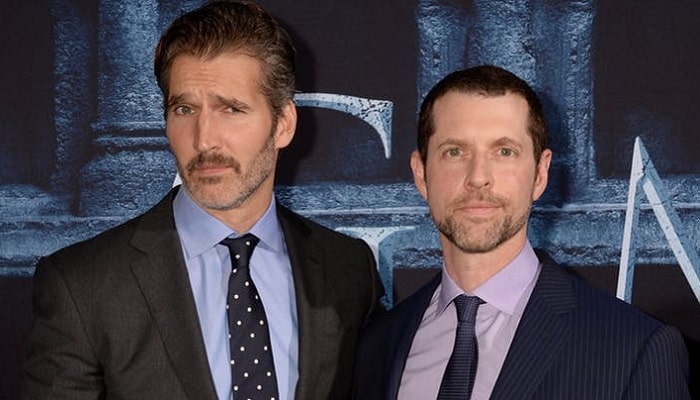 The eighth and final season of Game of Thrones left a lot of fans wanting. People were so dissatisfied with how the Game of Thrones writers (D.B. Weiss and David Benioff) handled it, there’s now a million-strong petition to remake it. So when they reportedly were chosen as the writers of the next Star Wars film, fans took their worries to Change.org yet again.

A new petition involving the Game of Thrones writers has yet again arisen. It came soon after it was announced that they would spearhead the writing for Star Wars Episode IX: The Rise of Skywalker. The petition requests Disney to remove Benioff and Weiss as the writers for the next Star Wars film since fans believe it might turn out like Game of Thrones did.

Funny enough, the author of the petition has assumed the persona of George R.R. Martin, creator of A Song of Ice and Fire (Game of Thrones’ source material). Martin himself was vocal about wanting more seasons for the show adaption for his books and even claimed that the Game of Thrones writers only wanted seven seasons initially.

“I’ve seen a petition called ‘Remake Game of Thrones Season 8 with competent writers’ going viral on the internet but you should know that’s not a possibility! What is a possibility is stopping a great franchise from being buried by those same writers who caused the first petition to go viral,” claimed “Martin” on Change.org.

At the time of writing, there are 17,000 petition signees and it’s not entirely unheard of to see it blowing up on the same level as the Game of Thrones season 8 remake petition. After all, Star Wars fans can be meticulous, perhaps even more so than Game of Thrones fans.

If U.S. Politicians Were Game Of Thrones Characters

The Blood Test, The Swab Test, and The Saliva Test      Essentially, there are three general types of COVID-19 testing produced so far. One is the rapid test, the second is the saliva test and the other is the swab test. The rapid test (also known as the anti-body test) uses blood samples. The swab test… END_OF_DOCUMENT_TOKEN_TO_BE_REPLACED

The COVID-19 pandemic is one of the biggest modern pandemics known in history. Currently, there are more than five million confirmed cases in the world, with a total of 333,000 deaths. A total of 1.6 million of these confirmed cases are in the US alone. The world is currently in a race of finding a… END_OF_DOCUMENT_TOKEN_TO_BE_REPLACED

Despite concrete data and research, people’s opinions will always be diverse when it comes to a variety of topics including religion, politics, gender, and more. Denial is a common reaction to many important discussions and serious world events. The COVID-19 pandemic does not differ from any issues and is subject to opinions from critiques all… END_OF_DOCUMENT_TOKEN_TO_BE_REPLACED

Back in January, when the Wuhan, China coronavirus broke out, it didn’t make it to the front page of newspapers, in print or virtual form. Today, January feels like a lifetime away. Like it or not, people around the world have adapted to the new normal – staying at home, frequent hand washing, and social… END_OF_DOCUMENT_TOKEN_TO_BE_REPLACED

Since the beginning of the year 2020, the whole world has been stupefied by the rapid spread of a deadly coronavirus known as COVID-19. World superpowers in the West were unable to prevent the virus from reaching their borders. Because of this fact, the novel coronavirus COVID-19 became a world-wide pandemic no less than three… END_OF_DOCUMENT_TOKEN_TO_BE_REPLACED

For months since the start of 2020, the attention of the world has focused on immediate response efforts to contain and combat the novel coronavirus, also known as COVID-19. The deadly virus has pushed millions of people into isolation.  This kept people in their homes for weeks and months away from their work, their friends,… END_OF_DOCUMENT_TOKEN_TO_BE_REPLACED