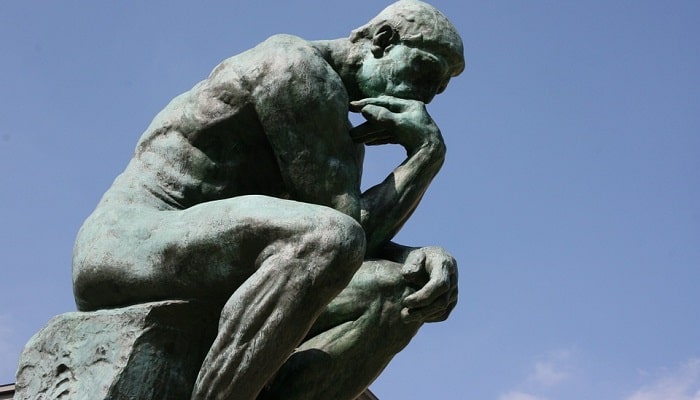 Pushing your body to the limit can often lead to disaster. Even something as seemingly inconsequential as excretion can quickly turn into a life-threatening event. Such a fragile state of the human body has been proven yet again by a constipated woman from Hong Kong; she tried to poop out her constipation so hard, she gave herself amnesia.

The unfortunate incident happened to an unnamed woman from Hong Kong based on a report from China Times. The woman’s son recalls that her mother had been suffering from constipation for two weeks. During one of her attempts to relieve herself, it seems she strained too hard. Apparently, the constipated woman came out of the bathroom confused.

You Won’t Even Remember This GIF from Willsmith GIFs

Moreover, she was displaying signs of amnesia according to her family. It’s not clear how they tested the extent of the constipated woman’s memory loss, but her son alleged that she could not remember anything from the past 10 years of her life.

Of course, the family rushed her to the hospital to have her brain scanned but the procedure did not show anything amiss with her brain activity. Still, she was confined and thankfully, she regained her memory eight hours later. Oddly enough, she had no memory of her amnesiac episode or even her own ordeal with constipation prior to that.

A medical expert, specifically neurologist Peng Jiaxiong suggested that what the constipated woman experienced was called “transient global amnesia” which can happen due to the lack of oxygen in the brain. It might have been triggered by her pushing her bowels too hard. Luckily for her, it was only a short-term memory loss.

It’s not just constipation which can cause it either. People who carry heavy objects can also experience the affliction. Moral of the story, don’t fight constipation– because even if you win, you might also lose.

Would You Drink Baby Poop? Well, You Should, Because They Can Help Fight Diseases

Gift-giving isn’t just a seasonal affair between friends, families and acquaintances. The art of gift-giving is also conducted on a national scale with countries often sending each other big, weird and expensive gifts. Experts in all things gifts, Vanilla Reindeer put together some examples of these expensive and odd gifts that have been shared between… END_OF_DOCUMENT_TOKEN_TO_BE_REPLACED

There are lots of ways you can make Pres. Trump feel welcome: you can offer him coffee, or mow a penis into a field for him to view as his plane lands. The willie in question has been chopped by Born Eco ahead of the arrival of President Trump, who visited the UK Monday for… END_OF_DOCUMENT_TOKEN_TO_BE_REPLACED

The year isn’t even halfway over, yet Donald Trump has managed to make a fool of himself and our country countless times. From inviting the national college football champions, the Clemson Tigers, all the way to the White House for some McDonald’s to his to the dreaded results of Mueller’s investigation, it has been one… END_OF_DOCUMENT_TOKEN_TO_BE_REPLACED

Republicans have always said that when they gained control in Congress, they would work to overturn Roe v. Wade and here they are, cashing in on that promise one state at a time. So far, Alabama, Arkansas, Georgia, Kentucky, Missouri, and Ohio have all passed incredibly restrictive laws on abortions, making it illegal for women… END_OF_DOCUMENT_TOKEN_TO_BE_REPLACED

If you’re on Snapchat, then you’ve probably played around with (and were likely horrified by) their filter gender swap filters. While you’re probably using these filters to send hilarious pics to your friends, some guys using them to create Tinder profiles. What likely started out as a joke has quickly evolved, and these guys are… END_OF_DOCUMENT_TOKEN_TO_BE_REPLACED

“Milkshaking” is a hilarious trend in Britain where a milkshake is thrown at and ideally lands on a far-right politician or activist. The point of this nonviolence protest is to humiliate them without causing injury. Physical injury at least. There’s no doubt that milkshaking has led to a few bruised egos. Not only is this… END_OF_DOCUMENT_TOKEN_TO_BE_REPLACED