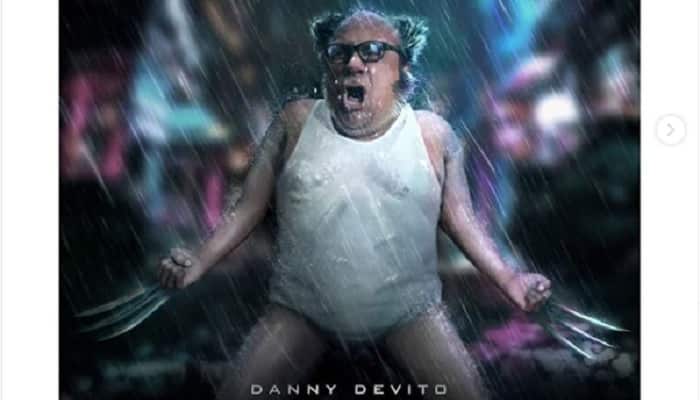 It seems other fans of the X-Man Wolverine have another idea for “Old Man Logan” and it’s far from the conventional one. In fact, they might have taken the “old man” part literally; some of them are dead set on seeing a 74-year-old actor play the next Wolverine in a petition. It’s not just any old actor, of course– it’s Danny DeVito they want!

Granted, Hugh Jackman is really hard to replace. That’s why picking the next Wolverine can be a monumental undertaking and some fans think that Danny DeVito should wear the claws and the sideburns next. At least this was the case for 23,000 fans (and counting) who signed a Change.org petition to have Danny DeVito be cast as the next Wolverine.

“The only man able to take the throne after Hugh Jackman. We believe that if Wolverine is to make an appearance in the Marvel Cinematic Universe that the only man able to pull it off is Danny DeVito,” explained Ring Arius, the author of the petition. The request is even addressed directly to Marvel Studios especially now that Marvel/Disney has the rights to X-Men again.

As for the various reasons the fans gave why Danny should be the next Wolverine… you be the judge:

Some artists also caught wind of such a bizarre legendary casting plea and made quite a compelling case in the form of true art:

So I've been seeing some really weird suggestions for the eventual recasting of Wolverine in the MCU. So I felt it was time I posted one of my own. The Wolverine we all deserve and the one guy who we all know could pull it off 😉 #conceptdesign #characterdesign #comicbookart #marvel #moviedesign #digitalart #marvelfan #xmen #x-men #conceptart #marvelmovies #wolverine #lukeevans #mcu #tbt #dannydevito #itsallwayssunnyinphiladelphia

At the moment, the next Wolverine is still unknown and no actor nor plans have been announced for the grumpy and temperamental mutant. That means Danny DeVito is our best candidate by a long (or is it short?) shot.

Gift-giving isn’t just a seasonal affair between friends, families and acquaintances. The art of gift-giving is also conducted on a national scale with countries often sending each other big, weird and expensive gifts. Experts in all things gifts, Vanilla Reindeer put together some examples of these expensive and odd gifts that have been shared between… END_OF_DOCUMENT_TOKEN_TO_BE_REPLACED

There are lots of ways you can make Pres. Trump feel welcome: you can offer him coffee, or mow a penis into a field for him to view as his plane lands. The willie in question has been chopped by Born Eco ahead of the arrival of President Trump, who visited the UK Monday for… END_OF_DOCUMENT_TOKEN_TO_BE_REPLACED

The year isn’t even halfway over, yet Donald Trump has managed to make a fool of himself and our country countless times. From inviting the national college football champions, the Clemson Tigers, all the way to the White House for some McDonald’s to his to the dreaded results of Mueller’s investigation, it has been one… END_OF_DOCUMENT_TOKEN_TO_BE_REPLACED

Republicans have always said that when they gained control in Congress, they would work to overturn Roe v. Wade and here they are, cashing in on that promise one state at a time. So far, Alabama, Arkansas, Georgia, Kentucky, Missouri, and Ohio have all passed incredibly restrictive laws on abortions, making it illegal for women… END_OF_DOCUMENT_TOKEN_TO_BE_REPLACED

If you’re on Snapchat, then you’ve probably played around with (and were likely horrified by) their filter gender swap filters. While you’re probably using these filters to send hilarious pics to your friends, some guys using them to create Tinder profiles. What likely started out as a joke has quickly evolved, and these guys are… END_OF_DOCUMENT_TOKEN_TO_BE_REPLACED

“Milkshaking” is a hilarious trend in Britain where a milkshake is thrown at and ideally lands on a far-right politician or activist. The point of this nonviolence protest is to humiliate them without causing injury. Physical injury at least. There’s no doubt that milkshaking has led to a few bruised egos. Not only is this… END_OF_DOCUMENT_TOKEN_TO_BE_REPLACED