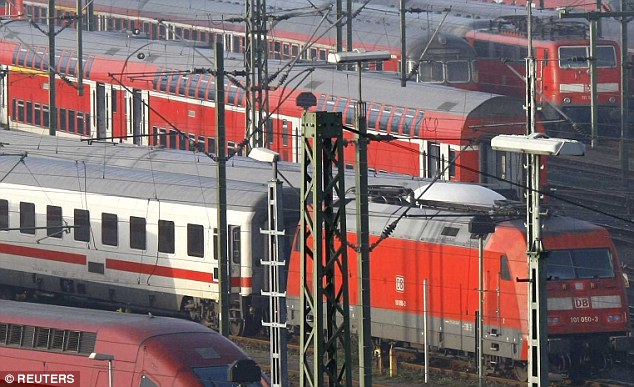 A train employee is under investigation from her company after reportedly shooting adult films on empty train carts after hours.

The woman has been dubbed as ‘Theresa W’, who has defended the racy videos, in which she ‘guest appears’ donning her railway uniform. Speaking to newspapers, 33-year-old Theresa has contended the self-made adult films were a ‘private affair’ and thereby she did not require any permission from German railway company DB (her employer). Though, her career in locomotives has since been derailed – as DB has frowned on her ‘alleged behavior’ and declared Theresa no longer works for the business as they investigate what transpired on the night train. The footage is believed to have been recorded on regional trains in eastern Germany, in Saxony-Anhalt.

A DB spokeswoman told local news: “The worker in question is no longer employed by us since the start of this year. We do not tolerate her alleged behavior in any way and condemn it in the strongest terms. It is fundamentally not allowed for DB employees to use work clothes, equipment or room space for private or commercial purposes. We are investigating the facts of the case and examining further steps.

Presidential pardons are one and many in the history of the US. There are many times when US Presidents granted reprieves for their citizen’s misdeeds. The US President may grant a pardon for any individual, including himself, for any crimes done against the country and its citizens. This issue of Presidential pardons has been trending… END_OF_DOCUMENT_TOKEN_TO_BE_REPLACED

President Biden has tapped Rachel Levine to be his assistant secretary of health, making her the first publicly transgender federal official. In 2017, Democratic Gov. Tom Wolf appointed Levine to her current post, making her one of the few transgender persons serving in appointed or elected positions countrywide. Biden said in a statement: “Dr. Rachel… END_OF_DOCUMENT_TOKEN_TO_BE_REPLACED

The minimum wage hike has always been an issue in the US for the past decades. With only a few hours before Biden gets inaugurated as the President of the United States, people are excited for all his promises to take place. One of these is his plans to raise the minimum wage of workers… END_OF_DOCUMENT_TOKEN_TO_BE_REPLACED