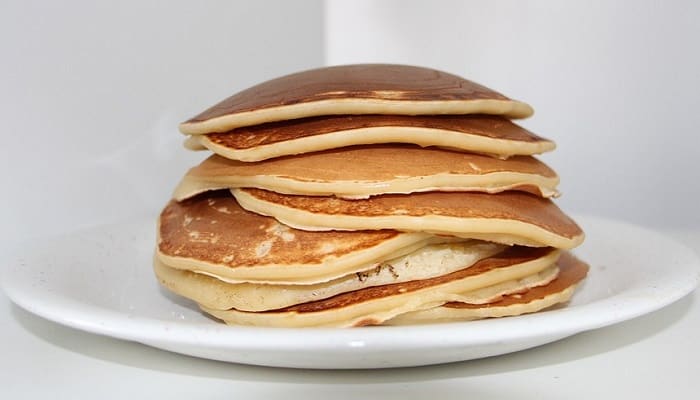 There’s a thin fine line between pranks and just plain being spiteful to someone. If that someone is your middle school teacher, then that fine line gets blurry. Where in that category of mean deeds does the act of some middle school students falls is still a mystery; they spiked their teachers’ pancakes with their own urine and semen.

The incident happened in Hyatts Middle School, in Powell, Ohio, US back in a Thursday (May 16) morning. The said unnamed middle school students were attending their home economics class called “Global Gourmet.” However, it seems their definition of “global” is a lot more tainted than usual.

Someone (presumably one of them) actually recorded the perpetrators in the act of contaminating the pancakes with urine and semen. Apparently, the school officials caught wind of the vile prank and even saw the video. It was too late, however, since the pancakes (which may or may not be the contaminated ones) have already been served to the teachers.

The case had been taken to the Delaware County Sheriff’s Office where the authorities are now investigating the supposed prank and the students involved. Depending on the results of the investigation, any student who contaminated the pancakes with urine and/or semen could face felony assault charges.

Meanwhile, the lawyer, Attorney Brad Koffel, representing one of the middle school students has issued a warning to the police to not conclude too hastily. Koffel defends that there was no way to test which pancakes were served and which ones were spiked. He adds that they could also be not the same pancakes.

Regardless, the investigations are still ongoing for the middle school students and no verdict has been reached at the moment.

The US arms sale industry is large and successful. More than 30% of exported weapons in the world come from the United States. They supply to no less than 90 nations making it one of the largest suppliers of weapons in the world. The US makes an estimate of almost 200 Billion dollars in annual… END_OF_DOCUMENT_TOKEN_TO_BE_REPLACED

Now that the election results are almost final, we all want to ask what’s going to happen to Donald Trump after leaving the office? All US Presidents inevitably reach the point where they leave the White House.  Besides, the constitution states that all US Presidents are subject to a two-term limit. What do former presidents… END_OF_DOCUMENT_TOKEN_TO_BE_REPLACED

This is the first time in modern history that the US held presidential elections in the middle of a pandemic. In truth, the US elections may have overshadowed COVID-19 and the side effects are limitless. America is facing a tough crisis of discontentment with the current administration. An understandable case but a situation that may… END_OF_DOCUMENT_TOKEN_TO_BE_REPLACED