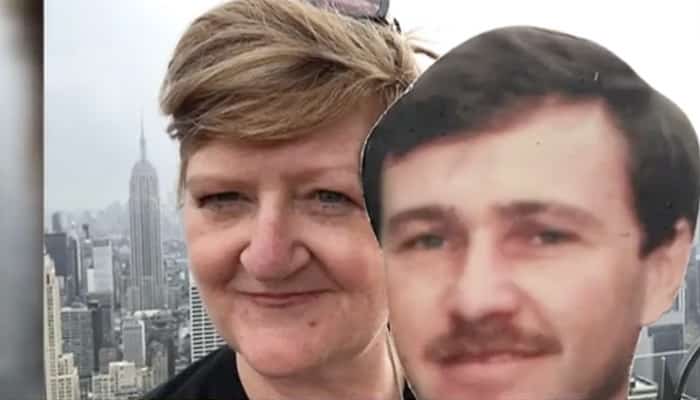 Having a special someone to spend the rest of your life with is truly an achievement these days. It’s not just the act of finding them that’s difficult; the act of keeping them can be harder. Still, one resilient wife did not let the loss of her significant other deter their plans. She even took him around the world, as per their arrangement– even when he already passed away.

Michelle Bourke and her husband Paul once made it a goal to travel around the world; they had been married for 25 years. However, Paul was hit badly with cancer before they could even prepare for their plans of traveling around the world. Sadly, he died several years after he was diagnosed with non-Hodgkin’s Lymphoma.

Before Paul died, he asked Michelle what she was going to do after he’s gone. To this, Michelle replied that she will continue their plans for an around the world voyage. More so, she assured Paul that he’ll be with her along the way, both emotionally and physically– with Michelle bringing with her a life-sized photo of Paul.

The two lovebirds have been to Buckingham Palace, Stonehenge, New York, Scotland, Thailand, Singapore, and Ireland. Michelle and Paul are not done yet, of course. She plans to take Paul to other places around the world so she can fulfill her promise to him.

“Paul had a quirky, weird sense of humor and I think he dared me to do this – and he knew I would do it,” remembered Michelle.