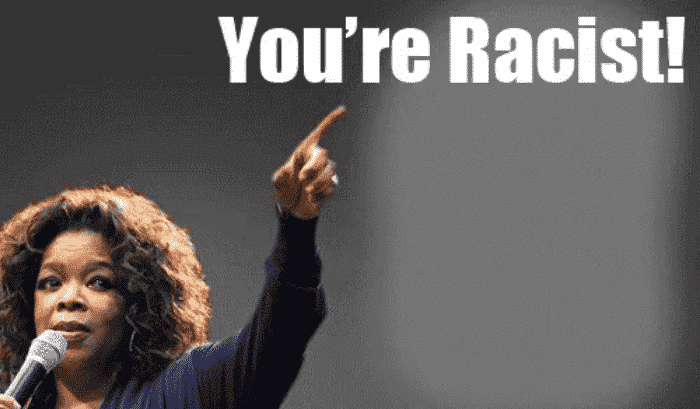 These days, people are being called out for casual racism constantly and it’s the greatest thing ever. Not only does it let the public know what should and shouldn’t be said, but it helps to break discriminatory habits and spread awareness. Not everyone who is racist is an intentional racist. Our country’s history has instilled in us certain racist stereotypes that are enforced by the media making us think it’s “normal” or “okay.” It’s likely that you are guilty of prejudice without even knowing it. Here’s how to know if you’re racist according to memes.

You Claim To Have A Black Friend

Have black or Spanish or Asian friends (or any friend of color really) doesn’t make it okay to make discriminatory remarks. Your friends might be okay with you making racist jokes at their expense, but your friend doesn’t speak for their entire race. If someone accuses you of being a bigot, pointing to your friend of color doesn’t get you off the hook. It’s just not how it works.

You Make “I’m Not Racist But…” Statements

When you start a sentence with, “I’m not racist but…” then the next thing that comes out of your mouth is almost always going to be discriminatory. If you find yourself making these types of comments, then those around you have likely labeled you a racist. There’s that famous saying that applies well to these types of situations. I’m sure you’ve heard it before. It goes something like, “think before you speak.”

You Call Out People For Being “Too Sensitive”

While, yes, a side effect of calling out casual racism has been a number of over-sensitive reactions, it’s doing our country more good than harm. When you constantly call people “too sensitive” when they point out discrimination, you’re belittling the movement. If you can’t contribute, then it’s best to just stay quiet. Also, most of those over-sensitive comments are written by trolls who are just looking to get a reaction out of people, so don’t waste your time.

You Hang Out With The Wrong Crowd

I’m not saying that you hang out with the Ku Klux Klan, because if you did you probably wouldn’t read this article, but hanging out with those who are racist can definitely have a negative impact on you. Parents keep their kids away from the wrong crowds at school for a reason. It’s because people who hang out together often pick up the traits and habits of their friends. So, if casual racism is typical among your group of friends, likely you’re guilty of it as well.

If someone accuses you of being racist, it’s probably because you said or did something racist. Instead of defending yourself, reflect on what you said and try to understand why it was wrong. The first step to becoming a decent human being is realizing your racist ways and making an effort to change them.

If you’re white, then you’re racist. It’s not your fault, it has simply been enforced in us our whole lives. We’re taught to think of ourselves as the superior race when we can’t even sit in the sun without freckling or burning. Without access to shade, white people would have gone extinct almost immediately. People of color are no longer the minority and if climate change doesn’t kill us all, the people of our country will look very different a few hundred years from now.