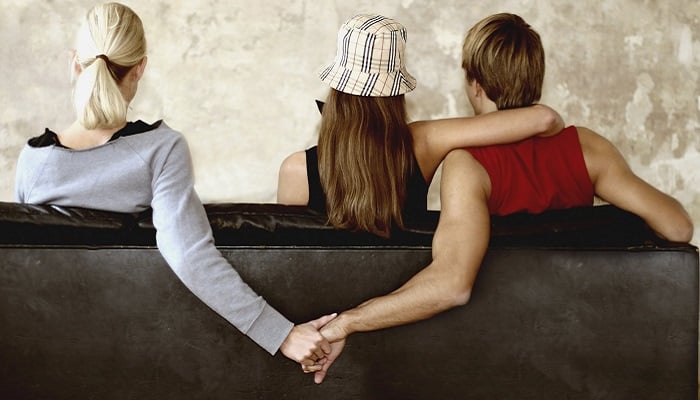 Infidelity is always a problem in relationships and marriages and can often lead to separations. Of course, being cheated on can be devastating enough for one or even both parties. So, what more if the person who cheated on you did it with your mom? That’s what one cheating husband did to her wife, and it led to an ugly break up.

The domestic dispute happened in Australia to a poor and unfortunate woman named Tanya, 27. During one radio show or podcast called The Kyle & Jackie O Show, Tanya called to spill her heart out to the public regarding what her cheating husband did to her.

Despite the couple having a six-year-old daughter, Tanya’s husband was still emotionally distant. Hence, Tanya confided in her mother about her troubled marriage. As it turns out, she was all alone in her plight; worse still, her mom appeared to be in on it– she actually began suspecting that her mom was having an affair with her husband. So she confronted her.

“It was just recently, about a couple of weeks ago. I confronted her on the phone. She basically got all defensive, blamed everything on him, called me a lot of names. She didn’t confirm it or deny it,” recalled Tanya. It only got worse from there.

Oh No No GIF from Mayarudolph GIFs

So, she left her cheating husband and also probably got alienated from her mother and her family. It is worth noting that this wasn’t the first time Tanya’s husband cheated on her; he actually did it first with Tanya’s best friend but Tanya forgave him for that. So, moral of the story, don’t give cheaters a second chance, they’ll just go for your parents next.

Presidential pardons are one and many in the history of the US. There are many times when US Presidents granted reprieves for their citizen’s misdeeds. The US President may grant a pardon for any individual, including himself, for any crimes done against the country and its citizens. This issue of Presidential pardons has been trending… END_OF_DOCUMENT_TOKEN_TO_BE_REPLACED

President Biden has tapped Rachel Levine to be his assistant secretary of health, making her the first publicly transgender federal official. In 2017, Democratic Gov. Tom Wolf appointed Levine to her current post, making her one of the few transgender persons serving in appointed or elected positions countrywide. Biden said in a statement: “Dr. Rachel… END_OF_DOCUMENT_TOKEN_TO_BE_REPLACED

The minimum wage hike has always been an issue in the US for the past decades. With only a few hours before Biden gets inaugurated as the President of the United States, people are excited for all his promises to take place. One of these is his plans to raise the minimum wage of workers… END_OF_DOCUMENT_TOKEN_TO_BE_REPLACED