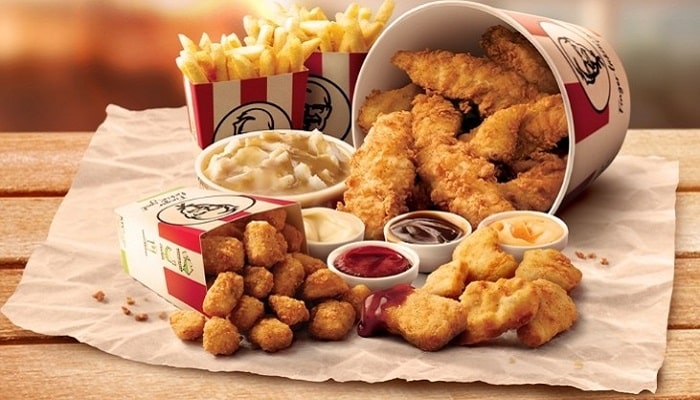 One simply doesn’t say no to free food. After all, food is a necessity we must attend to. So when the opportunity arises to have more food, grabbing it while it’s hot can be understandable. That’s what one genius troublemaker did in South Africa: he fooled KFC by telling the staff he’s from the KFC headquarters and got away with free chicken meals for a year.

An anonymous 27-year-old South African man was recently arrested after taking advantage of KFC employees and helping himself to free chicken meals for a whole year. Apparently, he told them that he was sent by KFC headquarters– something the employees believed in, hence they complied with his requests for food under the pretense of quality check.

The said man was actually a student from the University of KwaZulu-Natal. He basically swaggered to the nearest KFC branches and told people that he was there for quality assurance checks and was sent by KFC headquarters.

Of course, he also made the illusion more intricate by dressing smartly, arriving in a borrowed limousine, and having a fake ID card from KFC headquarters.

“When he arrived we would all try to act our best so that we didn’t piss off the man from head office – he was so convincing because he was so confident, and even colleagues from other branches of KFC know him. When he came in, he rushed to the kitchen and checked everything, taking notes and then asked for samples of whatever he wanted. He probably worked for KFC before because he knows everything,” says a staff member.

He did this for a year and did not get caught… until now. The anonymous man is now awaiting trial in court for his heroism crimes.

The KFC Hot Dog Double Down Is Not A Hoax, But It Is Disgusting

The World is Ending: KFC Has Ran Out of Chicken

Gift-giving isn’t just a seasonal affair between friends, families and acquaintances. The art of gift-giving is also conducted on a national scale with countries often sending each other big, weird and expensive gifts. Experts in all things gifts, Vanilla Reindeer put together some examples of these expensive and odd gifts that have been shared between… END_OF_DOCUMENT_TOKEN_TO_BE_REPLACED

There are lots of ways you can make Pres. Trump feel welcome: you can offer him coffee, or mow a penis into a field for him to view as his plane lands. The willie in question has been chopped by Born Eco ahead of the arrival of President Trump, who visited the UK Monday for… END_OF_DOCUMENT_TOKEN_TO_BE_REPLACED

The year isn’t even halfway over, yet Donald Trump has managed to make a fool of himself and our country countless times. From inviting the national college football champions, the Clemson Tigers, all the way to the White House for some McDonald’s to his to the dreaded results of Mueller’s investigation, it has been one… END_OF_DOCUMENT_TOKEN_TO_BE_REPLACED

Republicans have always said that when they gained control in Congress, they would work to overturn Roe v. Wade and here they are, cashing in on that promise one state at a time. So far, Alabama, Arkansas, Georgia, Kentucky, Missouri, and Ohio have all passed incredibly restrictive laws on abortions, making it illegal for women… END_OF_DOCUMENT_TOKEN_TO_BE_REPLACED

If you’re on Snapchat, then you’ve probably played around with (and were likely horrified by) their filter gender swap filters. While you’re probably using these filters to send hilarious pics to your friends, some guys using them to create Tinder profiles. What likely started out as a joke has quickly evolved, and these guys are… END_OF_DOCUMENT_TOKEN_TO_BE_REPLACED

“Milkshaking” is a hilarious trend in Britain where a milkshake is thrown at and ideally lands on a far-right politician or activist. The point of this nonviolence protest is to humiliate them without causing injury. Physical injury at least. There’s no doubt that milkshaking has led to a few bruised egos. Not only is this… END_OF_DOCUMENT_TOKEN_TO_BE_REPLACED