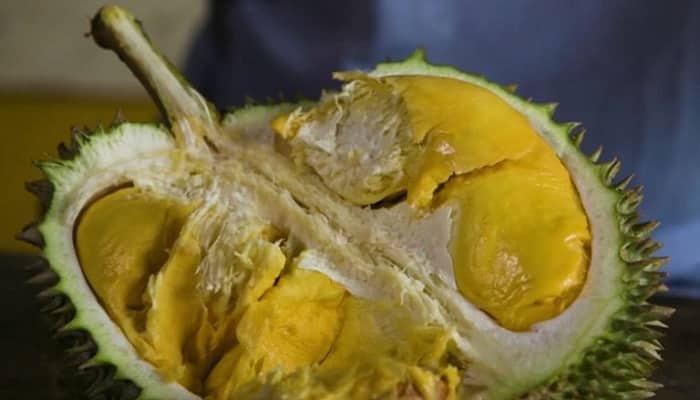 No other fruit in the world seems to incite fear and disgust better than the durian. The pungent and foul-smelling fruit which originated in Southeast Asia is quite notorious and polarizing for its odor alone. In fact, a durian fruit smelled so bad in an Australian university, it caused a mass evacuation due to an alleged gas leak smell which turned out to be the durian.

Last Friday in the University of Canberra, Australia, mass panic somehow ensued. Apparently, the students and school faculty started picking up a “strong smell of gas” in the library. It prompted a mass evacuation, numbering in at hundreds of people because of a suspected gas leak.

When the firefighters arrived, however, the culprit was no chemical– it was just a durian fruit. It had been left in a trash bin near the air vent in the library’s second floor. It was unknown whether the fruit was already rotting, but it discharged a foul and strong odor, as with any durian fruit.

Expert food writers even describe the durian fruit’s odor as “turpentine and onions in a gym sock.” After the incident and the discovery of the culprit, the university library quickly notified everybody on Facebook that they were open again and that there was no gas leak.

“We are open! The lingering gas-like smell in the building is completely safe – someone left a durian fruit in one of our bins!” says their Facebook post.

Of course, to prevent such a fake and accidental scare again, the school has since put up a sign saying that the durian fruit is now prohibited on school grounds.

Israel’s Iron Dome has protected the country against missile attacks for years. The Iron Dome in Israel is the biggest of its kind in the world. No other countries in the world use the same air defense system, meaning it is one of a kind. The tension between Israel and Gaza has been going on… END_OF_DOCUMENT_TOKEN_TO_BE_REPLACED

The world is devastated by the news that Britain’s Prince Philip, the Duke of Edinburgh, has died at the age of 99. Palace media confirms that the Duke has expired mid-day today, April 9th. The announcement did not contain any specifics on the cause of death. The United Kingdom will enter a state of national… END_OF_DOCUMENT_TOKEN_TO_BE_REPLACED

Who would have known that religious prophets would be among the most loyal supporters of former President Trump? In fact, it has been observed that the most conservative Christians may have been the right amount of push for Trump’s presidential win back in 2016. Since Trump’s election back in 2016, numerous self-proclaimed “prophets” have been… END_OF_DOCUMENT_TOKEN_TO_BE_REPLACED