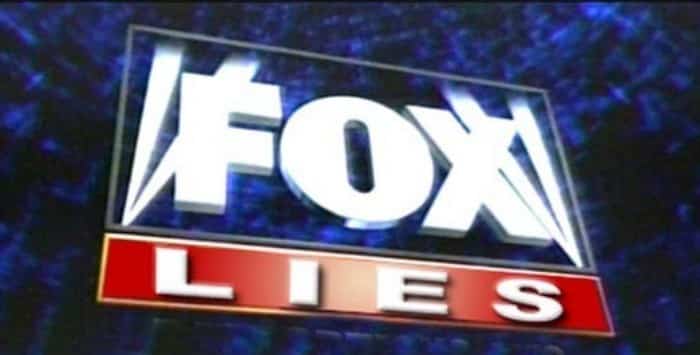 Donald Trump literally owes his entire presidency to the Fox News Effect. His MAGA minions thrive on any biased news that aligns with their own beliefs, regardless of how far it is from the truth. Once a person gets hooked on Fox News, the effects kick in pretty quickly. Suddenly, they’re believing everything they see on Facebook and going on political tirades over something that was written satirically. They cut themselves off from all other media sources, preventing themselves from almost all truthful reporting. When they’re faced with the truth, if it doesn’t fall in line with their beliefs, they brush it off as fake news. Once they start were a MAGA hat, it’s too late. There’s no coming back from the Fox News Effect.

If you’re unfamiliar with the phrase, it’s basically what happens when people only get their news from biased media outlets. In fact, surveys have shown that those who rely on Fox News and other biased media outlets are actually less informed on current events than people who don’t watch the news at all. Here are the results from a survey where 1,185 random nationwide respondents were asked political questions pertaining to the United States as well as around the world.

The numbers indicate the average number of questions answered correctly out of five. As you can see, those who didn’t follow the news were significantly more informed than those who relied on Fox News. Hence the Fox News Effect.

Here’s a look at how the Fox News Effect spreads ignorance among conservatives.

We’re all guilty of scrolling through our Facebook news feeds, reading the titles of articles, and forming an opinion without even opening the link. The difference between those who are vulnerable to the Fox News Effect and those who are not is that those are not will continue scrolling and go on with their day. If they’re really interested in what the article is about, they will click on it and read more information. They may even look for other stories about the topic to learn more and check the facts.

Someone vulnerable to the Fox News Effect, however, will spread the news story by sharing it, commenting, and sending it to friends and family on messenger. Without checking if the news story is bias or false before sharing it, they’re adding to the problem and spreading vulnerability.

Lose The Ability To Fact Check

Once the Fox News Effect kicks in, people suddenly lose the ability to fact check. They can no longer see which websites are reliable and which are not. Understandably, many of them are too old to understand how the internet works, but even younger generations seem to forget everything they’d learned in college about finding reliable sources for their papers.

Even the dreaded Wikipedia that every professor would tell us to stay away from would be a better place to go to stay informed than Fox News, but the news hosts at Fox will tell them otherwise. They have instilled in their viewers that they’re the only ones telling the truth, and for many people, this is how they were contaminated by the Fox News Effect in the first place. Once they think they can’t trust any other news sources, they’re done for.

Everything Else Is Fake News

Once a person has been fully infected by the Fox News Effect, they will seek out articles and reports that back up their opinions. Anything that disputes what they believe is automatically “fake news.” We’ve seen this a lot lately as Trump’s minions react to the findings in Mueller’s investigation and the possibility that the president will be impeached. They’re quick to disregard any of Trump’s illegal activity, regardless of the proof there is to back it up.

One of the most harmful things someone suffering from the Fox News Effect can do is intentionally create or spread false information in order to get liberals and Democrats on their side. Most recently this is being done with false images and facts circulating about the stages of development for a fetus. Some more conservatives states have been trying to make it illegal for women to have abortions after six weeks of pregnancy, a time when most women won’t even know that they’re pregnant.

Unfortunately, the bill has passed in Georgia but the worst part of it has been the propaganda that has been circulating online. The alt-right have gotten people to believe a fetus is far more developed than it is during those early stages, spread fake abortion pictures of dead fetuses, tried to make people believe that abortions could be done at nine months and that a baby that survives an abortion is just left to die in the doctor’s office, all of which were made up.

The Difference Between Entertainment And Journalism

In addition to not being able to tell what sources are reliable, those who’ve succumbed to the Fox News Effect have a hard time differentiating between entertainment and journalism in the media. See, there are numerous ways in which the media approaches the news, something you likely don’t even think about. For example, your brain automatically sees the numerous memes in this article, the website you’re on, and my fabulous and clearly opinionated writing style and understands that this article is being written for entertainment purposes. I may throw some facts in every once in a while, but this is far from journalistic reporting, no matter how much hate mail I get from Republicans who feel otherwise.

After the Fox News Effect has gotten ahold of someone, they can no longer see a difference. They see false as truth and truth as false. They send hate mail to satirical magazines and determine written opinions are “fake news.” They can’t help it though. They’ve been brainwashed by the hosts of Fox News to do and say these things, ultimately spreading their cause.

Do you or a loved one suffer from the Fox News Effect? Call Michael Cohen at the federal prison in Otisville, New York as you may be entitled to financial compensation. Don’t wait!

Memes That Prove Conservatives Don’t Know What Socialism Is

Conservatives vs. Liberals In A Series Of Photos

For anyone wondering who this MyPillow guy is, this article will tell you all about him and his role in Trump’s last struggle for power. It is almost second nature for the internet to find humor in many serious events in government. Could this be this generation’s way of coping? We don’t really know. Let’s… END_OF_DOCUMENT_TOKEN_TO_BE_REPLACED

Trump is the First American President who gets impeached for the second time. Trump’s second impeachment became a trending topic on Twitter after the terrifying terrorist attack on Capitol Hill on the 6th of January. Twitter is at it again, being flooded with memes and Twitter jokes surrounding Trump’s second impeachment trial. Americans are trying to… END_OF_DOCUMENT_TOKEN_TO_BE_REPLACED