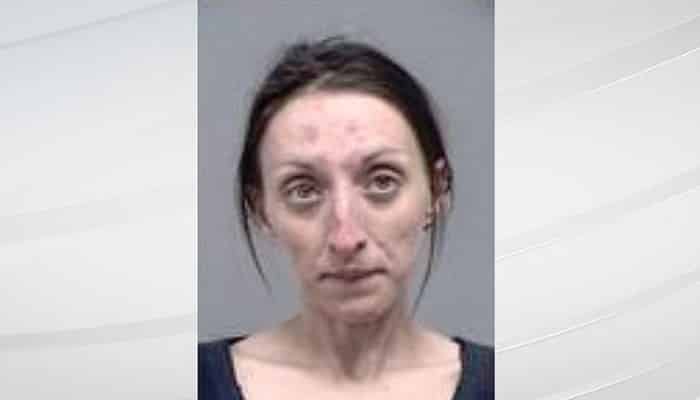 Home invasions, burglary, and break-ins are some of the scariest and most disturbing things that can happen to homeowners. Such crimes can leave the victims traumatized or devastated too. However, for one family whose house was broken into by an Ohio woman, they might have been thankful; she washed their dishes and even entertained the family dog.

The incident happened in Vinton County, Ohio on a Monday morning, May 6. The Vinton County Sheriff’s Office received a call from a homeowner about an alleged burglary. Once the police arrived on the scene at around 9 a.m., the homeowner told them that a weird woman broke into their house through the back door, sat on the couch, washed their dishes, then pet their dog before finally leaving.

Additionally, the victim claimed that the Ohio woman was acting strangely and appeared to be spaced out. Soon after the authorities arrived on the scene, the Sheriff’s Office received another call in the area of Omar Street in Hamden regarding a bizarre woman who kept knocking at people’s doors. It was the very same Ohio woman.

The Ohio woman was promptly arrested and brought into the Sheriff’s Office. Turns out her name was Cheyenne Ewing and she even gave out a fake name to the police when she was caught. Moreover, she also appeared to be under the influence of narcotics whose variety was never specified nor confirmed by the authorities.

Ewing also testified that she had been up and about for two days, perhaps as a result of the narcotics she took. Regardless, her dish-washing and dog-petting days are over; she’s was taken to jail and charged with burglary.

Wild Crocodile Wanders Into Someone’s Backyard, Gets Cuddled By Homeowner

How did he die? An African American man, George Floyd, 46, was killed by Minneapolis Police officers. Floyd was being investigated for forgery. George Floyd’s death was caused by a police officer holding him down on the ground with a knee on his neck. He was not shot to death but instead strangulated. Now, his family… END_OF_DOCUMENT_TOKEN_TO_BE_REPLACED

The Blood Test, The Swab Test, and The Saliva Test      Essentially, there are three general types of COVID-19 testing produced so far. One is the rapid test, the second is the saliva test and the other is the swab test. The rapid test (also known as the anti-body test) uses blood samples. The swab test… END_OF_DOCUMENT_TOKEN_TO_BE_REPLACED

The COVID-19 pandemic is one of the biggest modern pandemics known in history. Currently, there are more than five million confirmed cases in the world, with a total of 333,000 deaths. A total of 1.6 million of these confirmed cases are in the US alone. The world is currently in a race of finding a… END_OF_DOCUMENT_TOKEN_TO_BE_REPLACED

Despite concrete data and research, people’s opinions will always be diverse when it comes to a variety of topics including religion, politics, gender, and more. Denial is a common reaction to many important discussions and serious world events. The COVID-19 pandemic does not differ from any issues and is subject to opinions from critiques all… END_OF_DOCUMENT_TOKEN_TO_BE_REPLACED

Back in January, when the Wuhan, China coronavirus broke out, it didn’t make it to the front page of newspapers, in print or virtual form. Today, January feels like a lifetime away. Like it or not, people around the world have adapted to the new normal – staying at home, frequent hand washing, and social… END_OF_DOCUMENT_TOKEN_TO_BE_REPLACED

Since the beginning of the year 2020, the whole world has been stupefied by the rapid spread of a deadly coronavirus known as COVID-19. World superpowers in the West were unable to prevent the virus from reaching their borders. Because of this fact, the novel coronavirus COVID-19 became a world-wide pandemic no less than three… END_OF_DOCUMENT_TOKEN_TO_BE_REPLACED