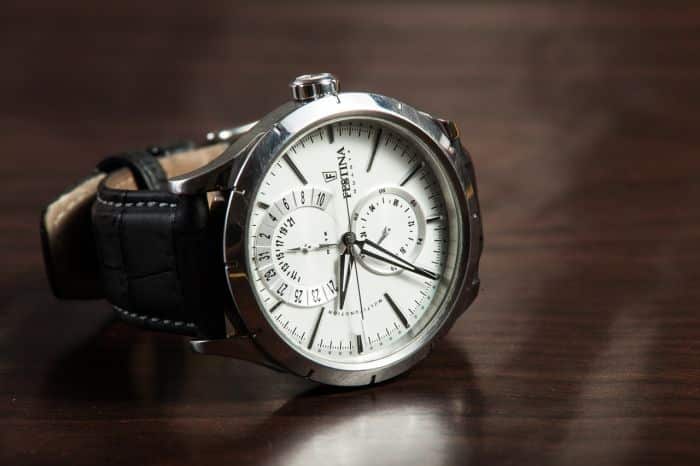 The world is changing as we speak.

More technological innovations are making it into mainstream society that many believe our tech will be obsolete in a few years.

One of which is Bitcoin.

Experts believe that cryptocurrency is the future of money. The value of bitcoin lies in the convenience and security it offers.

However, there are also those who think lowly of this digital currency.

These “crypto critics” believe bitcoin is just another fad that will soon fizzle out.

More importantly, they claim that investing in high-end watches is better than crypto investments.

This claim shook the world of people who look at cryptocurrency and blockchain as the future. Considering that Bitcoin’s stock continues to plummet, there’s a great reason for concern from people who invested thousands of dollars to this currency.

Unlike Bitcoin, old watches are far from being a fad. For next-gen collectors, high-end watches are valuable investment assets.

But in a world where bonds, stocks, and real estate are unstable, can high-end watches oust Bitcoin as the “future money?” Or are they the same as cryptos and just like a bubble?

Peter Godwin, a private watch investor from Charlottesville, is one of the people who believe that high-end watches are profitable. However, he also has doubts regarding its stability as it relies heavily on momentum.

He said that investing in expensive watches is like stock investments because prices can fluctuate indefinitely. Godwin cited high-class watches like the Omega Speedmaster and Paul Newman Rolex as some examples.

People want to jump onto the bandwagon immediately. But its value decreases once the hype surrounding it fades. However, there are also those that believe in its potential. One of which is Shahien Hendizadeh, a fresh graduate from L.A.

According to him, it’s a risk he’s willing to take because all investment opportunities are like this. He even compares buying a vintage Rolex to purchasing stock in Google or Facebook. Take a 1982 Rolex Submariner which was purchased for $10,000 as an example.

Its value increased to $13,000 in just two years! Because of this, many people treat high-end timepieces as a safe-haven asset. They’re just like precious metals and gems that investors need to diversify their assets.

Then there’s Ellen Degeneres who has a Rolex Daytona Paul Newman watch from the ‘60s that’s now worth $250,000. Even Ed Sheeran and Adam Levine were seen wearing one of these luxurious watches!

And don’t just think for a second that the high-end watch game is all about Omega vs Rolex. There are other big and rising names in the watch industry that are generating lots of buzz as well.

Superstar athletes like Dwyane Wade, Rafael Nadal, and Lebron James also have their own watch endorsements for Richard Mille, Audemars Piguet, and Hublot.

Bob’s Watches’ Paul Altieri said that prices of watches like the Rolex GMT-Master spiked from $8,000 to $16,000 in two years.

There’s also watch enthusiast Matt Hranek who sold his 1960’s Omega Speedmaster for five times the original price. It was the same model worn by astronaut Ed White during the first spacewalk.

This prompted Hranek to go full-time in investing in vintage watches because of the high returns. Hodinkee founder Benjamin Clymer joined the “bandwagon” and started his own horological arbitrage.

Interestingly, his friend who is now a big-time vintage dealer laughed at him for buying the watch before.

Paul Newman Daytona is currently one of the most expensive watches despite its humble beginning. It unexpectedly became iconic when Joanne Woodward bought one for her husband, Newman, in the ’60s. It was only $250.

Unfortunately, the price of vintage and high-end wristwatches dipped due to the financial depression of 2008 and 2009. The value of Paul Newman watches dipped by 30 percent. Fortunately, they bounced back higher than ever before in the succeeding years.

The rebound in prices seemed like a fairytale. However, many people ignore the fact that this isn’t the same as e-trade as watches come with expensive dealer fees. There are also insurance, security fees, and other costs that reduce the profits collectors get.

Financial experts agree watch collectors aren’t investors because this doesn’t happen to all watches every time. In fact, it only happens to very few top-of-the-line watch brands. Nonetheless, it’s worth a try.

As long as you know the ins and outs of vintage and high-end watches, then you’re good to go. You should also time things right when it comes to the buying and selling process. Treat it like a stock to a company and let it go if its value is about to dip. Indeed, investing in watches can earn you a decent profit. But it’s just not for ev

The world is devastated by the news that Britain’s Prince Philip, the Duke of Edinburgh, has died at the age of 99. Palace media confirms that the Duke has expired mid-day today, April 9th. The announcement did not contain any specifics on the cause of death. The United Kingdom will enter a state of national… END_OF_DOCUMENT_TOKEN_TO_BE_REPLACED

Who would have known that religious prophets would be among the most loyal supporters of former President Trump? In fact, it has been observed that the most conservative Christians may have been the right amount of push for Trump’s presidential win back in 2016. Since Trump’s election back in 2016, numerous self-proclaimed “prophets” have been… END_OF_DOCUMENT_TOKEN_TO_BE_REPLACED

President Biden falls and slips multiple times on the Airforce One Steps and PEOPLE ARE GOING CRAZY! What’s the big deal? Some people are hating, while others are making memes just for the fun of it. We are all human, aren’t we? Everyone’s expected to stumble some time in their lives. However, with the internet… END_OF_DOCUMENT_TOKEN_TO_BE_REPLACED