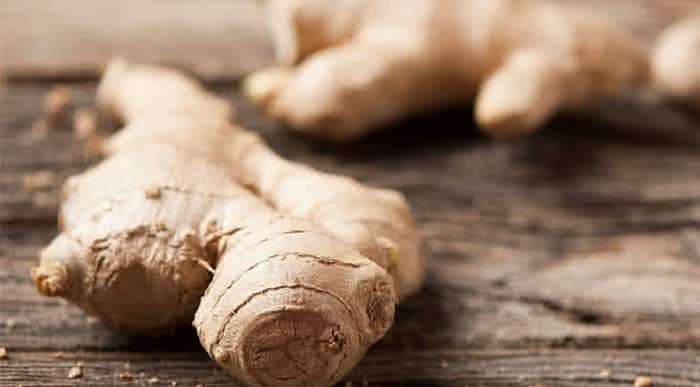 A Ghanaian woman has been arrested for implanting ginger in her son’s anus as a form of punishment for messing up in school.

Law enforcement revealed that the child’s mother subjected him to a particularly embarrassing and painful method of corporal punishment, according to reports. The woman identified as Aba Hagan, 40, was detained on Thursday in Manchester and charged with third-degree assault, cruelty to persons, disorderly conduct and impairing the morals of/or endangering a child. Police officers were sent to a Rachel Road apartment at roughly 8 p.m. on a reported domestic dispute. On scene, they discovered a naked boy, whose age was omitted from the police report, who said Hagan had shoved ginger in his anus, police stated.

The report says, Hagan denied doing anything initially, though said later that her son “had messed up in school and she punished him.” “Aba stated she had taken a piece of ginger and put it into (the victim’s) anus,” reads the report. “I asked why she would do this,” Officer Daniel Roberts wrote, “and she stated this was a common punishment in her home country of Ghana, Africa.” EMT workers evaluated the child and transported him to Manchester Memorial Hospital. A report of suspected neglect or child abuse was forwarded to the state Department of Children and Families, wrote Daniels.

Tourists, need to be cautious in Ghana. They are frequently the target of criminal elements, various who maneuver around tourist locations. Travelers, specifically women on their own, are the target of rapacious crimes such as bag snatching, petty theft, pick-pocketing and muggings—oh, and ginger in your anus.

You Can Now Purchase A Pillow In The Shape Of A Butt – And, Why Not

How did he die? An African American man, George Floyd, 46, was killed by Minneapolis Police officers. Floyd was being investigated for forgery. George Floyd’s death was caused by a police officer holding him down on the ground with a knee on his neck. He was not shot to death but instead strangulated. Now, his family… END_OF_DOCUMENT_TOKEN_TO_BE_REPLACED

The Blood Test, The Swab Test, and The Saliva Test      Essentially, there are three general types of COVID-19 testing produced so far. One is the rapid test, the second is the saliva test and the other is the swab test. The rapid test (also known as the anti-body test) uses blood samples. The swab test… END_OF_DOCUMENT_TOKEN_TO_BE_REPLACED

The COVID-19 pandemic is one of the biggest modern pandemics known in history. Currently, there are more than five million confirmed cases in the world, with a total of 333,000 deaths. A total of 1.6 million of these confirmed cases are in the US alone. The world is currently in a race of finding a… END_OF_DOCUMENT_TOKEN_TO_BE_REPLACED

Despite concrete data and research, people’s opinions will always be diverse when it comes to a variety of topics including religion, politics, gender, and more. Denial is a common reaction to many important discussions and serious world events. The COVID-19 pandemic does not differ from any issues and is subject to opinions from critiques all… END_OF_DOCUMENT_TOKEN_TO_BE_REPLACED

Back in January, when the Wuhan, China coronavirus broke out, it didn’t make it to the front page of newspapers, in print or virtual form. Today, January feels like a lifetime away. Like it or not, people around the world have adapted to the new normal – staying at home, frequent hand washing, and social… END_OF_DOCUMENT_TOKEN_TO_BE_REPLACED

Since the beginning of the year 2020, the whole world has been stupefied by the rapid spread of a deadly coronavirus known as COVID-19. World superpowers in the West were unable to prevent the virus from reaching their borders. Because of this fact, the novel coronavirus COVID-19 became a world-wide pandemic no less than three… END_OF_DOCUMENT_TOKEN_TO_BE_REPLACED