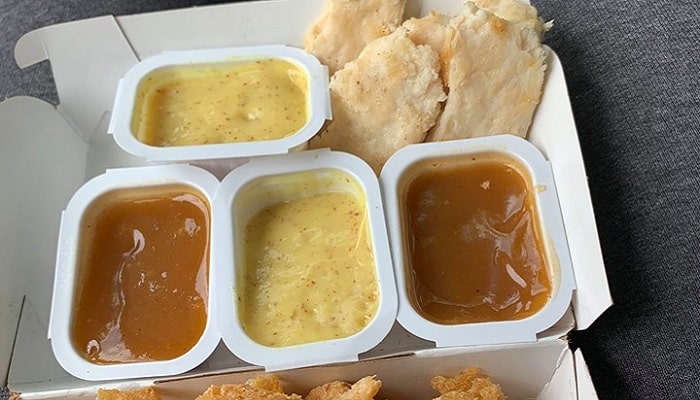 Everyone is unique and different and no two people are alike… not yet– we don’t have cloning at the moment. As such, we should all be tolerant of anyone’s quirks as long as they are harmless. However, if that quirk involves peeling McDonalds chicken nuggets before eating them, then grab your torches and pitchforks because someone’s about to be lynched… online.

That certain someone lives in Louisiana, US and goes by the name of Sameer Jafri. You see, Jafri posted a photo of his McDonalds chicken nuggets meal back on Friday, May 4. However, there was something horrifically alarming and off in the photo. All his chicken nuggets were skinned or peeled, leaving only the pale and sickly chicken meat behind:

Jafri apparently has this habit of tearing off the breading from his McDonalds chicken nuggets every time he eats them. In an attempt to conceal his serial killer tendencies and make himself seem harmless to everyone, Jafri included the caption, “Do y’all peel your nuggets?”

Still, many apparently saw through him and surmised that only a psycho could do such a thing.

“This makes me feel ill! Who would do such a thing to their nuggets!” expressed on Facebook user on the comments. Others had similar sentiments, “You’re a monster,” or “That’s disgusting.” Others even (jokingly) threatened to call the police on Jafri since he was obviously a “sicko” or “psychopath.”

There were some fellow outliers in the comments who didn’t find anything wrong with what Jafri did. Some claimed that they used to do the same thing to chicken nuggets as kids and others even presently. It is unknown whether Jafri also eats the peeled breading afterward or just discards them while maniacally laughing in the process.