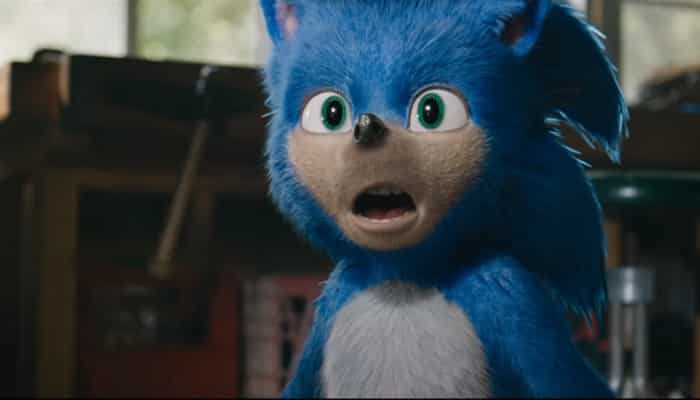 The race is on for the filmmakers of the upcoming live-action Sonic movie to wrap up the film. However, fans of the speedy blue hedgehog are all probably shouting “not so fast!” in chorus, particularly for Sonic’s design, which for many, is a nightmare-fuel, that’s saying something for a video game movie. Hence, the director has promised to change it for the better.

It can be recalled that barely two days ago, the live-action Sonic trailer was just released and we finally got a good glimpse at what Sonic looked like. Check it out for yourself:

Needless to say, he doesn’t look faithful to his cartoon counterpart– it’s definitely the eyes. As for the fan hate for the live-action Sonic design, it was expressed in a modern and civil manner– through memes.

Let's help with the Sonic redesign
like for Sonic Cage 😫😍
rt for Sonic Buscemi 😳🤤 pic.twitter.com/UWCZoK5j7v

The one you asked for, for Christmas vs the one your grandmother got you #SonicMovie pic.twitter.com/52swbR5SjR

It seems the artists tried to come up with the most realistic version of Sonic by combining his cartoon appearance with a more human face. It is worth noting that the original Sonic design virtually only has one eyeball, something that might not exactly work well in live-action cinema CGI.

Still, the inevitable fan edits happened and showed how it could have been done, which made their live-action Sonic arguably miles better in appearance:

Sonic's movie design is… certainly something huh? Welp, here's my attempt at a redesign. #SonicMovie pic.twitter.com/PMLZAZhx9p

The backlash was positively overwhelming, so director Jeff Fowler heeded the advice of the fans and released a statement thanking the fans for the feedback. Fowler also assures everyone that they are now fast at work on fixing and changing the design for live-action Sonic to be more in line with the cartoon version and the original design.

Thank you for the support. And the criticism. The message is loud and clear… you aren't happy with the design & you want changes. It's going to happen. Everyone at Paramount & Sega are fully committed to making this character the BEST he can be… #sonicmovie #gottafixfast 🔧✌️

So, Sonic fans can expect a better and less nightmare-inducing alien hedgehog come the theatrical release of the film which is set to premiere on November 7.

This Hedgehog Will Sink His Fangs Into Your Feelings

The moment he was inaugurated, immediate changes made by Biden made headlines across the country. These are many of the controversial issues and topics that were shunned and ridiculed by the former administration. Americans can finally breathe a sigh of relief that these concerns have finally reached government policies. It seems clear that Biden has been… END_OF_DOCUMENT_TOKEN_TO_BE_REPLACED

Presidential pardons are one and many in the history of the US. There are many times when US Presidents granted reprieves for their citizen’s misdeeds. The US President may grant a pardon for any individual, including himself, for any crimes done against the country and its citizens. This issue of Presidential pardons has been trending… END_OF_DOCUMENT_TOKEN_TO_BE_REPLACED