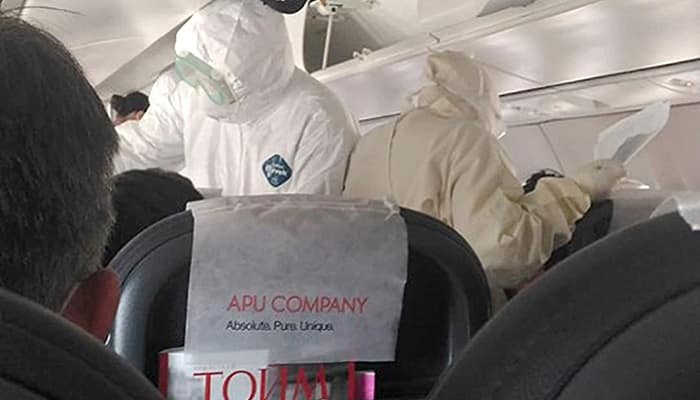 The bubonic plague, or aptly called the “black death” in the middle ages, is one of the most devastating epidemics ever in history. It killed around 200 million people in the 14th century and 60 percent of Europe’s population back then. Unfortunately, it seems we are not yet rid of the bubonic plague; two plane passengers in Asia died of the said disease, prompting a quarantine of all the other commuters.

The said couple was a 38 and 37-year-old Russian husband and wife and they were set to board a flight heading to Ulaanbaatar, Mongolia’s capital. It was suspected that the couple contracted the bubonic plague from Mongolia’s Ulgii district. Apparently, the couple ate what seemed to be a contaminated marmot (squirrel-like animals) from the region. Here’s what they look like:

“Preliminary test results show that bubonic plague likely caused the deaths of the two people,” according to Bayan-Ulgii province’s emergency management department. As a precautionary measure, all other members of the particular flight had to be placed under “indefinite quarantine” since they might have contracted the bubonic plague from the couple.

A team from Mongolia’s National Centre for Communicable Diseases and Specialised Border Inspection also checked every passenger once the flight landed on Ulaanbaatar. Here’s a photo of the inspector’s shown in their protective gear:

In total, there were 158 people who came in contact with the couple. It also seems that their death and their bubonic plague could have been avoided. In fact, hunting and eating marmots are actually prohibited by law in Mongolia, but the husband, now designated as Citizen T, still hunted and ate the said animal and even shared them with his wife.

As for the bubonic plague, it’s usually a bacteria called Yersinia pestis which is spread by fleas that attach themselves to rodents (mice, rats, squirrels, etc.). These rodents can then transmit the bacteria through bodily fluids. Humans can also be infected directly and can, in turn, pass the bacteria on to other humans directly, though that happens quite rarely.

Here are the known symptoms of bubonic plague. Of course, prevention is better than cure, meaning staying away from rodents or avoiding consumption of roadkill can protect you from bubonic plague.

‘Zombie Deer Disease’ Covers Half Of U.S., Could Also Infect Humans Too