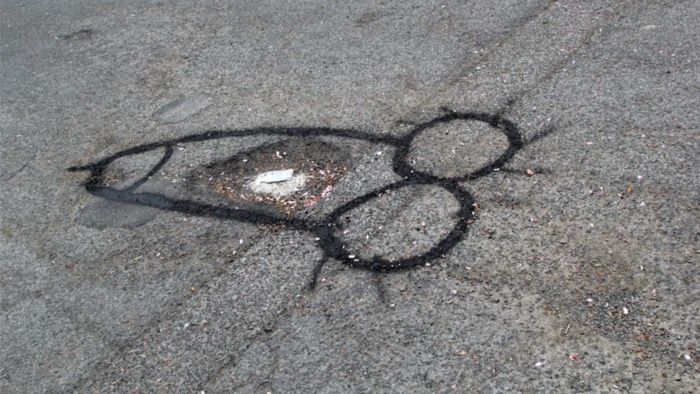 Locals are praising a protestor after two potholes were repaired – claiming it’s all thanks to some spray-painted willies that highlighted the issue.

Images of the potholes – which had reportedly been in the road for roughly a year – had appeared on a Facebook page dubbed Teesside Connected, with a black penis shape and one red one seen encircling two potholes. The page in an update, later shared a picture from a resident named Brad Nicholson, who had shared: “The power of the Willy. Repaired this morning 25-04-2019. Only been there a year, well done Middlesbrough Council.” Other locals praised the unconventional way of problem solving, with one posting: “Wish I had that idea myself, my area is shocking.” Another wrote: “There’s gonna be a penis on every pothole now.” Someone else commented: “Teesside is gonna be full of willies… Watch this space.” A third, meantime, quipped: “Where there’s a willy, there’s a way.”

A Middlesbrough Council spokesman stated: “Middlesbrough, like all local authority areas in the country, has issues with potholes and repairs are carried out on a priority basis determined by the risk they pose to highway users. Currently, however, we are carrying out pre-planned works in the Acklam area and staff were able to visit the nearby site on Fane Grove when the matter was reported to us and have patched over the hole.” Whoever pulled off the feat, pretty much followed in the footsteps of famous street artist Wanksy (who too, sprays penises around potholes for a living). Wanksy has said, “Potholes are very hard to see you tend to forget about them until it’s too late. But draw a big yellow willy round it, you can’t help but notice them and hopefully avoid it too, saving the vehicle from damage or the rider from injury. Usually the council will either notice it, or it actually gets reported and then gets repaired. Happy days.”