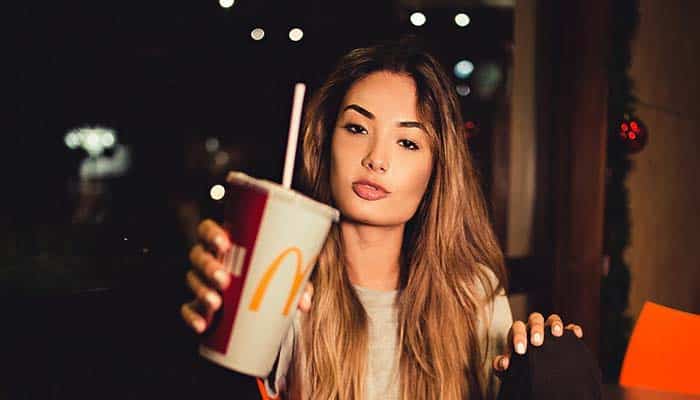 Earlier this year, fast food giant McDonalds honored its commitment to reduce plastic waste by swapping its plastic straws for paper ones in its UK stores.

On paper (pun intended), this seems like a grand idea. I mean, who could possibly have a problem with helping the environment?

Milkshake fans, that’s who. Customers claim the new paper straws are preventing them from enjoying the brand’s iconic beverage, so much so that they’ve started a petition.

Entitled “Bring back McDonalds straws,” the campaign currently has over 40,000 signatures and is close to reaching its goal.

One customer on Twitter described the new straws as “like sucking on a tampon,” while another claims “it makes the drink taste different.”

Well, they’ll be pleased to know that they can now purchase the company’s original plastic variety online, as some entrepreneurial fast food fans have started selling them on eBay.

The hilarious item description reads: “Brilliant uncirculated brand new McDonald’s straw this is soon to become the stuff of legend, imagine your about 50 years older than you are now, telling your grandchildren how you got given plastic straws from McDonald’s and they will look up to you like god!”

Whether taking the p*ss or a serious money making endeavor, the seller also used the opportunity to encourage people to sign the petition.

McDonalds announced its decision to ditch plastic straws in 2018, as the non-recyclable items were totalling 1.8 million a year.

These Fast Food Fanatics Decided Getting A Tattoo Was A Good Idea, It Obviously Wasn’t…

The moment he was inaugurated, immediate changes made by Biden made headlines across the country. These are many of the controversial issues and topics that were shunned and ridiculed by the former administration. Americans can finally breathe a sigh of relief that these concerns have finally reached government policies. It seems clear that Biden has been… END_OF_DOCUMENT_TOKEN_TO_BE_REPLACED

Presidential pardons are one and many in the history of the US. There are many times when US Presidents granted reprieves for their citizen’s misdeeds. The US President may grant a pardon for any individual, including himself, for any crimes done against the country and its citizens. This issue of Presidential pardons has been trending… END_OF_DOCUMENT_TOKEN_TO_BE_REPLACED