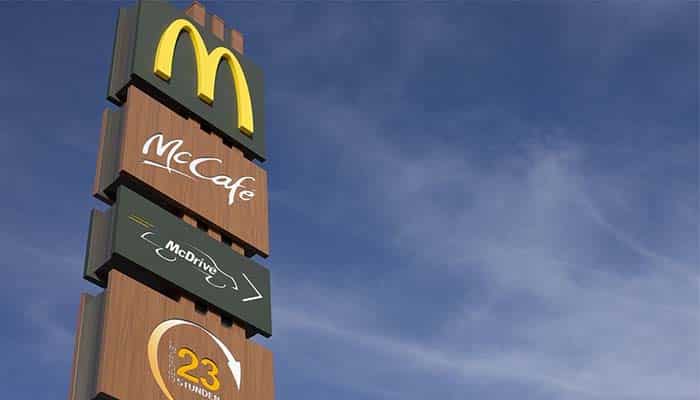 McDonalds and its flagship sandwich, the Big Mac, are one of the ever-present symbols and representations of the globalised world we live in. McDonald’s are everywhere. It’s actually easier to list the countries that don’t have a McDonald’s than countries that do, they are:

The Big Mac was introduced to the McDonald’s menu in 1967, after its debut at a Pennsylvania franchise. Now, the Big Mac is available in over 100 countries. Despite its far reach and presence in so many countries, the Big Mac is not uniform across all of them. The mighty Big Mac changes from country to country, and Amica International have made this infographic to detail what we can learn from Big Macs across 20 different countries.

This isn’t a new concept. ‘The Big Mac Index’ has been used as an economic metric for quite a while. It’s not afforded the same respect as GDP as a growth indicator and is more tongue-in-cheek than a serious growth index, but the cost of a Big Mac in any given country gives us some information about the power of the currency and the cost of living around the world.

It also relates to the idea of Purchasing Power Parity (PPP) which states that exchange rates accurately reflect the value of goods for any particular currency. Amica have taken cost into account as well as actual nutritional content across 20 different Big Macs.

Using the original USA Big Mac as the benchmark, let’s see how other countries compared…

The ‘Healthiest’ Big Mac in the World

Due to kosher food laws, the healthiest Big Mac in the world belongs to Israel. Kosher is a dietary law of Judaism and forbids Jews from eating foods like shellfish, pork or mixing meat and dairy products. As a result, there can be no cheese or dairy on the Big Mac, giving it a ‘healthier’ edge. Israel’s Big Mac is lower in calories, carbs, fat and salt than the original.

The unhealthiest Big Mac belongs to Egypt. Their Big Macs are roughly 10% heavier than the US Big Mac, resulting in more calories, fat, carbs and protein. However, Egypt’s Big Mac has the lowest salt content of all the ones Amica analysed, but also the highest amount of protein.

The Cheapest Big Mac in the World

The cost of a Big Mac is what informs the ‘Big Mac Index’ and is an imaginative, if not humorous way of measuring the cost of living around the world. The cheapest Big Mac in the world is also the unhealthiest: Egypt’s. Compared to a US Big Mac ($3.99), Egypt’s is $1.46. This is followed by Russia ($2.00) and South Africa ($2.14).

Check out Amica’s infographic and use it to inform your next holiday!

Gift-giving isn’t just a seasonal affair between friends, families and acquaintances. The art of gift-giving is also conducted on a national scale with countries often sending each other big, weird and expensive gifts. Experts in all things gifts, Vanilla Reindeer put together some examples of these expensive and odd gifts that have been shared between… END_OF_DOCUMENT_TOKEN_TO_BE_REPLACED

There are lots of ways you can make Pres. Trump feel welcome: you can offer him coffee, or mow a penis into a field for him to view as his plane lands. The willie in question has been chopped by Born Eco ahead of the arrival of President Trump, who visited the UK Monday for… END_OF_DOCUMENT_TOKEN_TO_BE_REPLACED

The year isn’t even halfway over, yet Donald Trump has managed to make a fool of himself and our country countless times. From inviting the national college football champions, the Clemson Tigers, all the way to the White House for some McDonald’s to his to the dreaded results of Mueller’s investigation, it has been one… END_OF_DOCUMENT_TOKEN_TO_BE_REPLACED

Republicans have always said that when they gained control in Congress, they would work to overturn Roe v. Wade and here they are, cashing in on that promise one state at a time. So far, Alabama, Arkansas, Georgia, Kentucky, Missouri, and Ohio have all passed incredibly restrictive laws on abortions, making it illegal for women… END_OF_DOCUMENT_TOKEN_TO_BE_REPLACED

If you’re on Snapchat, then you’ve probably played around with (and were likely horrified by) their filter gender swap filters. While you’re probably using these filters to send hilarious pics to your friends, some guys using them to create Tinder profiles. What likely started out as a joke has quickly evolved, and these guys are… END_OF_DOCUMENT_TOKEN_TO_BE_REPLACED

“Milkshaking” is a hilarious trend in Britain where a milkshake is thrown at and ideally lands on a far-right politician or activist. The point of this nonviolence protest is to humiliate them without causing injury. Physical injury at least. There’s no doubt that milkshaking has led to a few bruised egos. Not only is this… END_OF_DOCUMENT_TOKEN_TO_BE_REPLACED