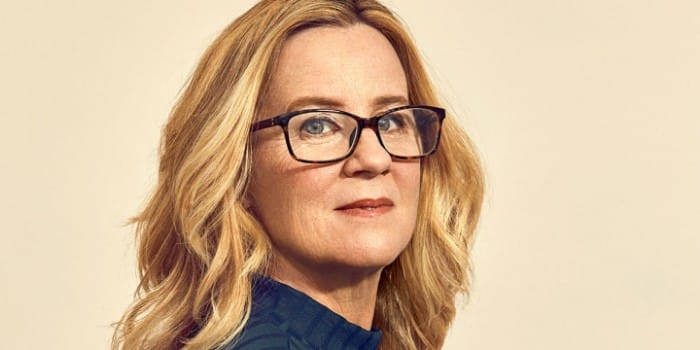 As if Christine Blasey Ford hasn’t been through enough these last few years, she can now find her name next to the man she accused of sexual assault on Time Magazine’s list of 100 Most Influential People in the world. Supreme Court Justice Brett Kavanaugh was recognized as a “leader” on the list for his “sterling academic record, impeccable legal credentials and a prolific record of thoughtful and impartial jurisprudence over more than a decade on the D.C. Circuit Court of Appeals.” While this hardly makes him someone to look up to, apparently it’s enough for him to be considered influential. While the commentary on Kavanaugh’s qualifications doesn’t mention Ford by name, it does refer to her accusations as, “unhinged partisanship and special interests sought to distract the Senate.” ARE YOU FUCKING KIDDING ME?

The blurb was written by 77-year old Republican Senator Mitch McConnell, which might explain the unnecessary shade. Obviously, people are NOT happy and have taken to Twitter to express their disappointment.

A Brave Woman And The Man Who Raped Her

Feminist writer and author of the New York Times Bestseller “Sex Object: A Memoir” Jessica Valenti expressed her exhaustion with how people treat sexual assault victims in our country with a short thread on Twitter:

TIME magazine profiling Christine Blasey Ford alongside the man who sexually assaulted her is peak ‘both sides’ and I’m so tired. ‘Here’s this incredible brave woman…and the man who tried to rape her!’ Putting a hex on anyone who comes into my mentions with ‘allegedly’

Actress Jessica Chastain, best known for her roles in “The Help,” “The Martain,” and “Molly’s Game” often shares posts on her Twitter feed about women’s issues. She also recently partnered with Ralph Lauren to build the #LeadLikeAWoman campaign that helps to close the gap between men and women in leadership roles. If you follow Chastain on Twitter, then it likely comes as no surprise that she weighed in on Time’s decision to put both Kavanaugh and ford on their list of influencers.

You put her on the same list as the man she said assaulted her. So disappointing.

Political writer Laura Bassett whose work has been published in The Washington Post, The Daily Beast, and HuffPost made a point to speculate what Ford’s perspective about this situation must be. In her tweet she wrote:

Imagine making Time’s 100 Most Influential People list because you accused a prominent man of sexual assault, and then finding out he is on the same list.

How many ways can we keep re-traumatizing Blasey Ford

The Public Speaks Out

Mitch McConnell wrote the blurb. Urgh. And “unhinged partisanship” tried to derail. No a woman he raped (I believe her) stood up and said no it’s a bad idea. #Livid

It’s not just celebrities and members of the media who are pissed off by Time’s decision to put both Kavanaugh and Ford on their list. The general public is taking to Twitter as well to let the magazine know how wrong they were in doing this.

Congrats to Time Magazine for naming Brett Kavanaugh one of the 100 most influential people of 2019 under the category of “leader” because ya know nothing quite says leader like raping women and pouring beer up your friend’s ass, kudos, Time, kudos

Assaulting women does not make you culturally significant or influential

Apparently, it does. And what does this say to the men in our country?

It’s certainly not a step in the right direction in terms of equality to praise a man who was accused of sexual assault. Whether or not Ford was telling the truth, the man showed his true colors during the hearing and those colors DO NOT belong o the Supreme Court.

Ford Is Listed As An Icon

The only positive thing to come out of this obvious faux pas is the blurb written by Kamala Harris about Ford, who was listed in Time’s “icon” section.

Her story, spoken while holding back tears, shook Washington and the country. Her courage, in the face of those who wished to silence her, galvanized Americans. And her unfathomable sacrifice, out of a sense of civic duty, shined a spotlight on the way we treat survivors of sexual violence.

Christine Blasey Ford’s ambition wasn’t to become a household name or make it onto this list. She had a good life and a successful career—and risked everything to send a warning in a moment of grave consequence.

At her core, she is a teacher. And through her courage, she forced the country to reckon with an issue that has too often been ignored and kept in the dark.

While Time Magazine seems to be ignoring most requests for comment on the issue from the media, Variety was able to get Time CEO and editor-in-chief Edward Felsenthal to justify their decision to add Kavanaugh to the list.

Brett Kavanaugh is the fifth vote that solidifies the rightward shift of the Supreme Court of the United States. The list is about influence, and influence takes all forms. Obviously, there are people that are thrilled that Brett Kavanaugh is the fifth vote for the conservative block and there are those who aren’t, but if you look at the list it crosses ideology, it crosses borders, it crosses disciplines. It’s about influence of all kinds.

I think that you can’t deny that Brett Kavanaugh has influence and that’s what shapes the list. I suspect that nobody can look at this list of 100 people and say ‘I embrace all 100 of these people.’ Influence is expressed in diverse ways and you see that reflected on the list itself.

McCain May Be Dead, But Trump Is Still Trying To Win An Argument With Him

Gift-giving isn’t just a seasonal affair between friends, families and acquaintances. The art of gift-giving is also conducted on a national scale with countries often sending each other big, weird and expensive gifts. Experts in all things gifts, Vanilla Reindeer put together some examples of these expensive and odd gifts that have been shared between… END_OF_DOCUMENT_TOKEN_TO_BE_REPLACED

There are lots of ways you can make Pres. Trump feel welcome: you can offer him coffee, or mow a penis into a field for him to view as his plane lands. The willie in question has been chopped by Born Eco ahead of the arrival of President Trump, who visited the UK Monday for… END_OF_DOCUMENT_TOKEN_TO_BE_REPLACED

The year isn’t even halfway over, yet Donald Trump has managed to make a fool of himself and our country countless times. From inviting the national college football champions, the Clemson Tigers, all the way to the White House for some McDonald’s to his to the dreaded results of Mueller’s investigation, it has been one… END_OF_DOCUMENT_TOKEN_TO_BE_REPLACED

Republicans have always said that when they gained control in Congress, they would work to overturn Roe v. Wade and here they are, cashing in on that promise one state at a time. So far, Alabama, Arkansas, Georgia, Kentucky, Missouri, and Ohio have all passed incredibly restrictive laws on abortions, making it illegal for women… END_OF_DOCUMENT_TOKEN_TO_BE_REPLACED

If you’re on Snapchat, then you’ve probably played around with (and were likely horrified by) their filter gender swap filters. While you’re probably using these filters to send hilarious pics to your friends, some guys using them to create Tinder profiles. What likely started out as a joke has quickly evolved, and these guys are… END_OF_DOCUMENT_TOKEN_TO_BE_REPLACED

“Milkshaking” is a hilarious trend in Britain where a milkshake is thrown at and ideally lands on a far-right politician or activist. The point of this nonviolence protest is to humiliate them without causing injury. Physical injury at least. There’s no doubt that milkshaking has led to a few bruised egos. Not only is this… END_OF_DOCUMENT_TOKEN_TO_BE_REPLACED