by Kim LaCapria 10 years ago8 months ago

Instagram is emerging as a social network in its own right, and the photo sharing service had one of its first big moments this week when Winter Storm Nemo hit the Northeast — and users flocked to share the storm’s ravages live on the internet through Instagram and Twitter.

Instagram’s capabilities for real time information sharing were well realized during Nemo — if emergency SMS alerts have replaced traditional means of alert, Instagram has provided a new, real-time way of sharing pics effectively, especially given its natural affinity for the open linked service Twitter — where other users uploaded Twitpic images as well to document Nemo’s arrival. (And cracked Nemo jokes.) 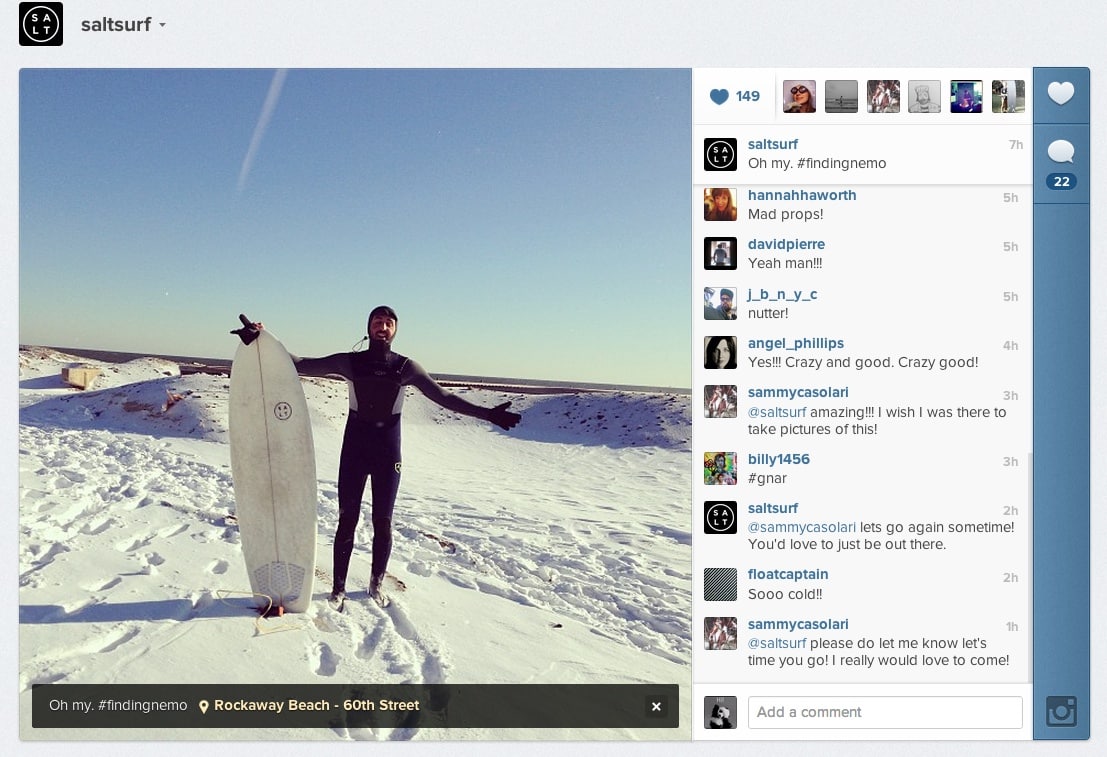 The North End of Boston never looked so classic#Nemo twitter.com/Jen_Royle/stat…

Even mainstream media sources hit up Twitter and Instagram and Nemo pounded through, snapping the day and night’s events and sharing with the web at large:

Snow shutterbug today but Central Park was beautiful, couldn’t help myself!! Hope all fared okay in the #Blizzard! twitter.com/katiecouric/st…

PHOTO via Reuters: Cars in New Jersey covered by snow after a blizzard hit the US northeast twitter.com/ANCALERTS/stat… — ABS-CBN News Channel (@ANCALERTS) February 10, 2013

Still more users snapped themselves or others out and about enjoying the snowfall:

During Nemo, did you use Instagram and TwitPic for a real-time gauge of the storm?