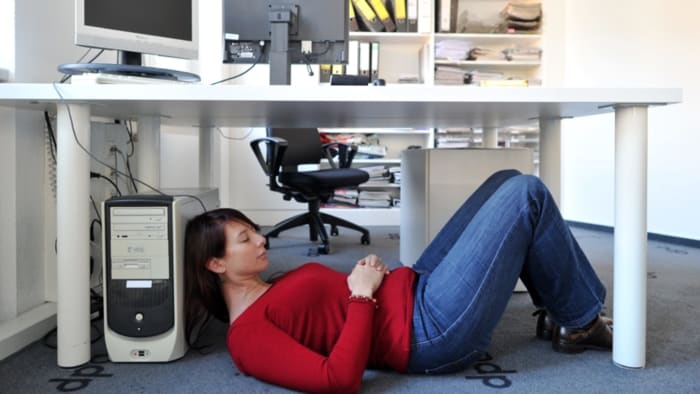 Researchers have recommended that all would be better off if we had a higher minimum wage and just worked for four days each week (versus five or more).

According to New Economics Foundation (NEF) researchers, by the year 2030 the poorest individuals in the UK could be 13% better off if a four day working week is adopted and a higher minimum wage is implemented. Essentially, there is presently something of a productivity crisis occurring in the UK. Actually, for the past decade there has been only a diminutive amount of growth in labor productivity. “The problems are deep and structural, ranging from high levels of inequality to an ageing population. The policy response needs to be equally transformative,” said Alfie Stirling of the NEF.

“Raising demand by growing the incomes of the poorest families, while giving people more time off to spend it, should be part of the mix of options that policy makers should be urgently looking at.” The research found that if we attempted to raise wages quicker and switch to a four day week by 2030, people will make out better. They indicate that raising the minimum wage to $24.51 per hour, as opposed to the current plan of $15.48 per hour would spike the disposable income and wages for the bottom 50 per cent of earners. Persons in the bottom 10 per cent will witness their income heighten by up to 26 per cent. Ones in the top 10 per cent would be lower 8 per cent.

One of the primary political figures to support such a notion is shadow chancellor John McDonnell; he stated his party is potentially on board as a way of getting employees to glean the advantages of more automation at work and technology advancement. McDonnell stated: “We work the longest hours in Europe and yet we are less productive. The Germans and French produce in four days what we produce in five and yet we work the longest hours.” General secretary of the Trade Union Congress (TUC), Frances O’Grady, recently expressed: “In the 19th century, unions campaigned for an eight-hour day. In the 20th century, we won the right to a two-day weekend and paid holidays. So, for the 21st century, let’s lift our ambition again. I believe that in this century we can win a four-day working week, with decent pay for everyone. It’s time to share the wealth from new technology, not allow those at the top to grab it for themselves.”

These Jobs Just Might Get You Detained By ICE

Gift-giving isn’t just a seasonal affair between friends, families and acquaintances. The art of gift-giving is also conducted on a national scale with countries often sending each other big, weird and expensive gifts. Experts in all things gifts, Vanilla Reindeer put together some examples of these expensive and odd gifts that have been shared between… END_OF_DOCUMENT_TOKEN_TO_BE_REPLACED

There are lots of ways you can make Pres. Trump feel welcome: you can offer him coffee, or mow a penis into a field for him to view as his plane lands. The willie in question has been chopped by Born Eco ahead of the arrival of President Trump, who visited the UK Monday for… END_OF_DOCUMENT_TOKEN_TO_BE_REPLACED

The year isn’t even halfway over, yet Donald Trump has managed to make a fool of himself and our country countless times. From inviting the national college football champions, the Clemson Tigers, all the way to the White House for some McDonald’s to his to the dreaded results of Mueller’s investigation, it has been one… END_OF_DOCUMENT_TOKEN_TO_BE_REPLACED

Republicans have always said that when they gained control in Congress, they would work to overturn Roe v. Wade and here they are, cashing in on that promise one state at a time. So far, Alabama, Arkansas, Georgia, Kentucky, Missouri, and Ohio have all passed incredibly restrictive laws on abortions, making it illegal for women… END_OF_DOCUMENT_TOKEN_TO_BE_REPLACED

If you’re on Snapchat, then you’ve probably played around with (and were likely horrified by) their filter gender swap filters. While you’re probably using these filters to send hilarious pics to your friends, some guys using them to create Tinder profiles. What likely started out as a joke has quickly evolved, and these guys are… END_OF_DOCUMENT_TOKEN_TO_BE_REPLACED

“Milkshaking” is a hilarious trend in Britain where a milkshake is thrown at and ideally lands on a far-right politician or activist. The point of this nonviolence protest is to humiliate them without causing injury. Physical injury at least. There’s no doubt that milkshaking has led to a few bruised egos. Not only is this… END_OF_DOCUMENT_TOKEN_TO_BE_REPLACED