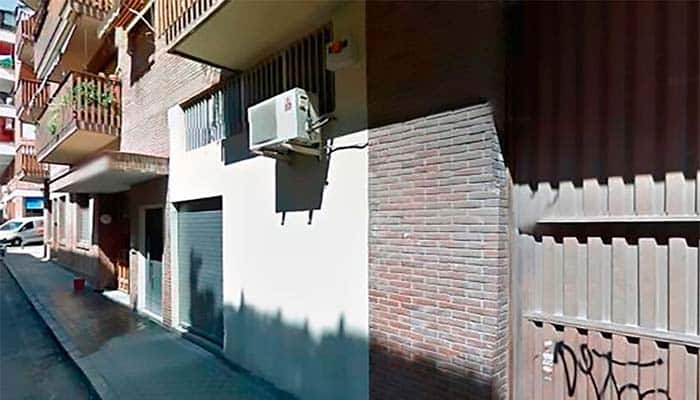 The mummified corpse of an elderly woman was recently discovered by police in Madrid, five years after her death.

Police believe Amanda Jospe passed away from home from natural causes in early 2014, with the family member finding the 83-year-old’s body in her Salamanca home.

Bills and letters had been gathering dust outside of the apartment for a while, but Jospe’s neighbors assumed she had moved away.

After not hearing from her for a long time, one of Jospe’s nephews, who lives in Israel, called Spanish police to say he was concerned for her welfare.

Cops paid a visit to her home, but found the door locked and the curtains shut. When they questioned her neighbors, they claimed they hadn’t seen her in five years.

At first, police were convinced she had moved to her second home abroad, but still sourced a locksmith to open the front door.

After breaking in, they stumbled across Jospe’s mummified body lying on the kitchen floor.

A coroner’s report showed there were no signs of foul play, with the most likely cause of death being a stroke.

They concluded that the damp condition of her home was why her body was so well preserved, and the lack of delay meant there was no smell to alert her neighbors.

Apparently, the local home owner’s association had considered contacting law enforcement about Jospe’s whereabouts in the past, but nothing was done.

A fellow resident of the building explained: “She owed almost €3,000 (£2,594) in monthly bills for the community but nothing was done and nobody called the police.”

While another neighbor added: “Nobody smelt anything and nobody missed her because it was thought she had gone abroad, where she had another property.

“Everything seemed as if she had gone away and that nobody was at the house. We never thought she was dead.”

Other than two nephews, Jospe’s only family had been her sister, who pre-deceased her.

However, this isn’t the first case of its kind. Last September, a 69-year-old North Carolina woman was arrested after it was discovered she had been living with her mother’s corpse for several months.

And in October 2018, a “Halloween prop” hanging from a chain link fence was found to be a real body, after a 31-year-old Ohio resident was murdered.

Dead Bodies Are Defrosting on Mount Everest Thanks to Climate Change

Recent trends have reported that K-pop fans in the US are getting mixed in with current issues in politics. K-pop fan communities are using online platforms to rally up and protest against racism in the United States. In support of the #BlackLivesMatter movement, the online K-pop community has come together in protest. Never has it… END_OF_DOCUMENT_TOKEN_TO_BE_REPLACED

Just this week, lawmakers approved a bill establishing the District of Columbia (D.C.) as the 51st state of the United States of America. This is after multiple calls and protests from the citizens to finally consider D.C. as a state.  However, the bill is not out of the woods yet as it faces multiple oppositions… END_OF_DOCUMENT_TOKEN_TO_BE_REPLACED