Dave Grohl did an AMA (Ask Me Anything) on Reddit this weekend and the music legend touched on quite a few subjects. The former Nirvana drummer and current Foo Fighters guitarist hit on fatherhood, his new documentary, fame, music and of course, Dr. Seuss.

Grohl spent a lot of time answering his fans questions on Reddit and even posted a few pictures of himself at his studio. One photo was in response to user LegoDaveGrohl who wanted to ask a question from 6-year-old Rory. 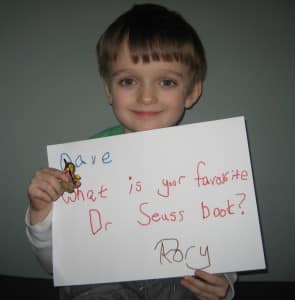 And when you ask a photo question, you get a photo response. 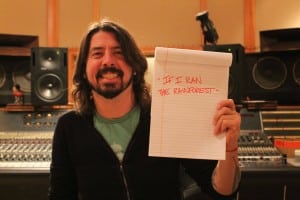 Grohl is a father so it’s easy to see why he humored Rory’s question. In fact, Grohl says that his kids are the one thing that makes him stay so grounded. 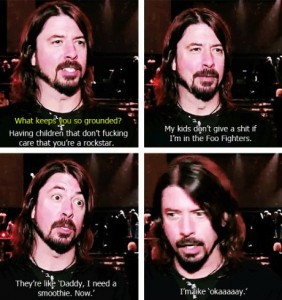 Here are some other highlights from Dave Grohl’s AMA on Reddit.