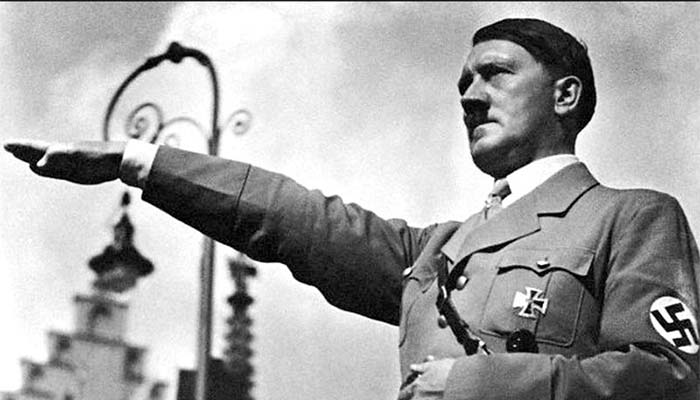 It may sound farfetched, but at one time even the FBI were concerned the leader of Germany had survived World War II.

Newly declassified documents reveal that the FBI investigated claims that Hitler didn’t die on 30th April 1945, and instead escaped to Argentina in a submarine.

The (heavily redacted) dossier is dated 21st September 1945, five months after the 56-year-old committed suicide in his bunker.

The agreed story of Hitler’s death is that he shot himself in the head as the Red Army advanced on Berlin, where his shelter was located. His body, along with that of new wife Eva Braun (who’d ingested cyanide) were carried outside and burned.

However, rumors began to fly that the story was a cover up, with this theory in particular gaining traction.

The FBI files detail the claim that Hitler was seen in Argentina two and a half weeks after his supposed suicide. The reported sighting was enough of a concern to warrant multiple letters between J. Edgar Hoover and his staff.

Two submarines allegedly appeared on the shores of Argentina, before the group rode away on horseback to the foothills of the Andes.

The reports came from a source who was hoping for “immunity from being sent back to the Argentina.”

When the Nazi leader apparently reached his new home, his health was said to be failing due to a combination of asthma and stomach ulcers. He also arrived with roughly 50 others, supposedly regime officials and their families.

The source also passed along the names of the six Argentine officials who assisted in giving Hitler asylum.

However, not enough information was provided by the tipster to confirm the story.

Along with the source, an Argentine reporter claimed to have seen a police report backing up the theory. The provincial document said that a mysterious submarine had landed nearby, off-loading a high-ranking officer and a citizen – hinted to be Hitler and Braun in disguise.

But why Argentina? Proponents of the theory say Hitler was hoping to avoid capture by the Russians and believed South America would be a good place to start a new life, just like fellow high-ranking Third Reich officials Josef Mengele and Adolf Eichmann.

However, an examination of what is purported to be Hitler’s teeth in 2017 showed an exact match, meaning he did indeed die in 1945.

Philippe Charlier, lead author of the study in the European Journal of Internal Medicine, said: “The teeth are authentic, there is no possible doubt.

“We can stop all the conspiracy theories about Hitler. He did not flee to Argentina in a submarine, he is not in a hidden base in Antarctica or on the dark side of the moon.”