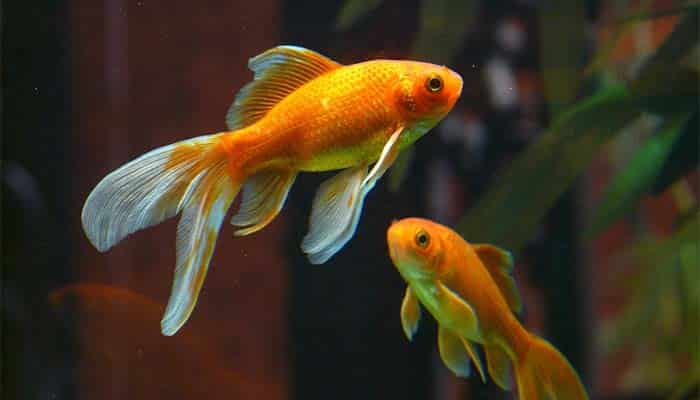 For most weddings, the Maid of Honor is a coveted role. The chance for the bride to show her sister, childhood friend or BFF how much they mean to her, and for the MoH to return the favor by helping the wedding to run as smoothly as possible.

Or at least, that’s the theory, but in this era of the bridezilla, being Maid of Honor can turn out to be more of a burden than a blessing, as this woman found out the hard way.

Apparently, the bride-to-be loved animals, particularly fish, and is an
“on and off again vegetarian, PETA supporter etc.”

So, she decided her special day wouldn’t be complete without goldfish bowl centrepieces for the tables, which doesn’t sound too extreme.

However, the bride also decided that the unlucky goldfish would be her wedding favors, and each guest could take one home at the end of reception.

Unsurprisingly, MoH was worried about the welfare of the animals, as well as pointing out not every attendee would be keen on adopting a new pet, but the bride dismissed her concerns.

In fact, the bride’s only issue was that some of the fish might not survive the ceremony and after party, and asked her friend to be on “floater duty.”

Sharing her frustration in a Reddit post, she claims the bride told her: “That can be your job during the reception, just keep an eye out for dead ones and replace them before anyone notices.

“They’re called feeder fish for a reason. They don’t live long, everyone knows that. We’ll buy them that morning, they only need to survive through the reception.”

So, throughout the event the MoH spent the majority of her time on dead fish watch, keeping an eye on all 40 centrepieces.

As you can imagine, many of the unfortunate goldfish didn’t make it, and she had to replace several.

But that’s not all.

As the MoH predicted, most guests didn’t fancy taking a fish home at the end of the night, meaning she was stuck with 80 goldfish nobody wanted.

She continued: “Isn’t it strange how not a single guest was willing to take home some goldfish?

“It couldn’t have helped that the bride didn’t think to provide containers for them.

“So, will the bride and groom be adopting these eighty goldfish plus about ten “spare” still in the back swimming around in the giant bag from the pet store?

“Alas, they can’t! They’re headed off on their honeymoon. Such a shame. “Gotta go now, bye!”

“With that, they were gone. Now I was literally the only person from the wedding left in the building. The hosts still needed their globes back.

“That night I strolled into a big-box pet store in my big floofy red satin floor length gown, heels clacking on the tiles, and purchased a big-ass rectangular tank, a filter, and some fish flakes.

“By the third day, we were down to five, and we lost one a day after that until there was only one left.

Well, at least this bridezilla didn’t force anyone to take a lie detector test…

Bridezilla Wants Guests To Follow $1,000 Dress Code Based On Weight For Wedding

Gift-giving isn’t just a seasonal affair between friends, families and acquaintances. The art of gift-giving is also conducted on a national scale with countries often sending each other big, weird and expensive gifts. Experts in all things gifts, Vanilla Reindeer put together some examples of these expensive and odd gifts that have been shared between… END_OF_DOCUMENT_TOKEN_TO_BE_REPLACED

There are lots of ways you can make Pres. Trump feel welcome: you can offer him coffee, or mow a penis into a field for him to view as his plane lands. The willie in question has been chopped by Born Eco ahead of the arrival of President Trump, who visited the UK Monday for… END_OF_DOCUMENT_TOKEN_TO_BE_REPLACED

The year isn’t even halfway over, yet Donald Trump has managed to make a fool of himself and our country countless times. From inviting the national college football champions, the Clemson Tigers, all the way to the White House for some McDonald’s to his to the dreaded results of Mueller’s investigation, it has been one… END_OF_DOCUMENT_TOKEN_TO_BE_REPLACED

Republicans have always said that when they gained control in Congress, they would work to overturn Roe v. Wade and here they are, cashing in on that promise one state at a time. So far, Alabama, Arkansas, Georgia, Kentucky, Missouri, and Ohio have all passed incredibly restrictive laws on abortions, making it illegal for women… END_OF_DOCUMENT_TOKEN_TO_BE_REPLACED

If you’re on Snapchat, then you’ve probably played around with (and were likely horrified by) their filter gender swap filters. While you’re probably using these filters to send hilarious pics to your friends, some guys using them to create Tinder profiles. What likely started out as a joke has quickly evolved, and these guys are… END_OF_DOCUMENT_TOKEN_TO_BE_REPLACED

“Milkshaking” is a hilarious trend in Britain where a milkshake is thrown at and ideally lands on a far-right politician or activist. The point of this nonviolence protest is to humiliate them without causing injury. Physical injury at least. There’s no doubt that milkshaking has led to a few bruised egos. Not only is this… END_OF_DOCUMENT_TOKEN_TO_BE_REPLACED