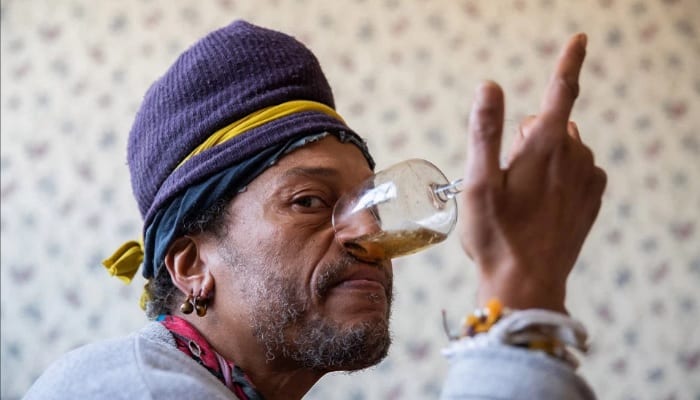 Urine is not usually what comes to mind when looking for some health hacks and tricks. However, previous civilizations, such a the Romans have actually used them to whiten their teeth and even clean their clothes. Hence, you’ll probably not be surprised anymore to find out that a yoga master snorts his own urine for health benefits… right?

41-year-old Sam Cohen is single, healthy, and happy with his yoga master or instructor status. However, it’s probably not just yoga which made him so– it’s his own urine, which he has been snorting for the past 19 years. Cohen admitted that he does this every time he goes to the bathroom and it has had tremendous health benefits for him. Here he is in the act:

“It is not possible to get a cold when you constantly drink through the nose. You can feel under the weather but one drink up the nose and any clouds start to evaporate,” claimed Cohen, adding that he hasn’t had a cold in 20 years because of his practice. Additionally, the yoga master swore that urine snorting did wonders for his own sex life– it helps him last longer in bed.

As a result, Cohen takes a cup with him wherever he goes so he can drink his urine through the nose. He has even done the deed in planes and five-star hotels among many other places like its no skin off his nose.

“I take a cup with me. If I have to go to the bathroom I take it with me, close the door and drink through my nose. You feel like Superman – you’re going to go into a phone booth and do something nobody knows and it’s a secret,” expressed the yoga master.

Apart from yoga, Cohen is also a practicing Taoist Buddhist as well as a vegan. Also, apart from his own urine, he also snorts regular beverages such as water, red wine, and vegetable juices. He believes it’s healthier to ingest fluids that way. On a final note, you can visit Cohen’s own website dedicated to nasal intakes, in case you want to nose around.

Zen AF: ‘Rage Yoga’ Lets You Use Beer And Profanity To De-Stress

Florida Man Uses Squirt Gun To Shoot Urine At Woman, Has No Remorse