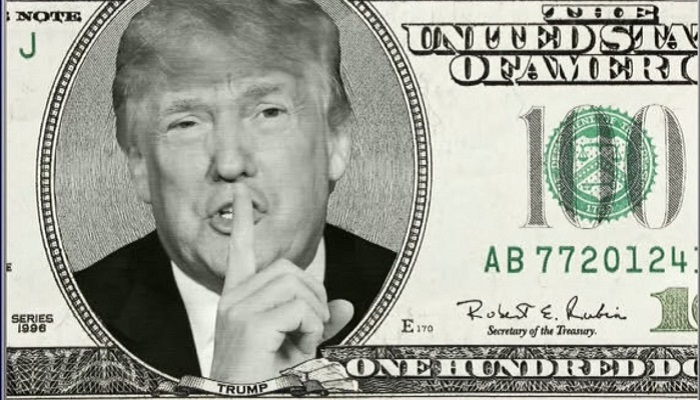 If history has taught us anything, it’s that border walls are too expensive– heck, the longest border wall in existence even doubles as the longest graveyards on Earth. As for Donald Trump’s US-Mexico border wall, its estimated cost is around $5.7 billion to $25 billion.

Hence, it is understandable why some people reject Trump’s proposed border wall for the same expensive reason, halting the wall’s progress, much to Trump’s dismay. However, a collated information about his Trump Towers has made us wonder what his fuss is all about when he could have built the wall using his own riches.

An agency from the UK has recently compiled all the monetary info regarding the official and “unofficial” Trump Towers in existence. They even made a compelling infographic about the cost of Trump’s real-estate empire when they were constructed or proposed:

According to them, all the completed Trump Towers have a total cost of $4.2+ billion, operating costs are not included, of course. Not enough? Well, there were also some unofficial Trump Towers which were either “never started, cancelled or weren’t even going to be a ‘thing.’” One of those was even planned to be built in Moscow, Russia. Hmm…

For better viewing of the infographic, here’s their website. Anyway, the proposed budget sum of all of those ghost towers adds up to a staggering $3 billion. That means the Trump Towers (both official and cancelled) all add up to more than $7 billion.

Of course, that’s probably not all the real-estate budget money Trump has and there’s plenty of reason to believe that he won’t go broke just for the construction of some Trump Towers. Hence, we can surmise from this Trump Towers data that Trump does indeed, have the money to build his wall and probably does not even need to tap into the state budget.

So, if Trumps wants a wall, he can build it himself. He doesn’t even need taxpayer’s money to build that magic border wall that may not even work. As it stands, Trump probably has billions to spare– it’s probably best to let him waste it instead of letting people who scrape by every day do the hard work.

The Blood Test, The Swab Test, and The Saliva Test      Essentially, there are three general types of COVID-19 testing produced so far. One is the rapid test, the second is the saliva test and the other is the swab test. The rapid test (also known as the anti-body test) uses blood samples. The swab test… END_OF_DOCUMENT_TOKEN_TO_BE_REPLACED

The COVID-19 pandemic is one of the biggest modern pandemics known in history. Currently, there are more than five million confirmed cases in the world, with a total of 333,000 deaths. A total of 1.6 million of these confirmed cases are in the US alone. The world is currently in a race of finding a… END_OF_DOCUMENT_TOKEN_TO_BE_REPLACED

Despite concrete data and research, people’s opinions will always be diverse when it comes to a variety of topics including religion, politics, gender, and more. Denial is a common reaction to many important discussions and serious world events. The COVID-19 pandemic does not differ from any issues and is subject to opinions from critiques all… END_OF_DOCUMENT_TOKEN_TO_BE_REPLACED

Back in January, when the Wuhan, China coronavirus broke out, it didn’t make it to the front page of newspapers, in print or virtual form. Today, January feels like a lifetime away. Like it or not, people around the world have adapted to the new normal – staying at home, frequent hand washing, and social… END_OF_DOCUMENT_TOKEN_TO_BE_REPLACED

Since the beginning of the year 2020, the whole world has been stupefied by the rapid spread of a deadly coronavirus known as COVID-19. World superpowers in the West were unable to prevent the virus from reaching their borders. Because of this fact, the novel coronavirus COVID-19 became a world-wide pandemic no less than three… END_OF_DOCUMENT_TOKEN_TO_BE_REPLACED

For months since the start of 2020, the attention of the world has focused on immediate response efforts to contain and combat the novel coronavirus, also known as COVID-19. The deadly virus has pushed millions of people into isolation.  This kept people in their homes for weeks and months away from their work, their friends,… END_OF_DOCUMENT_TOKEN_TO_BE_REPLACED