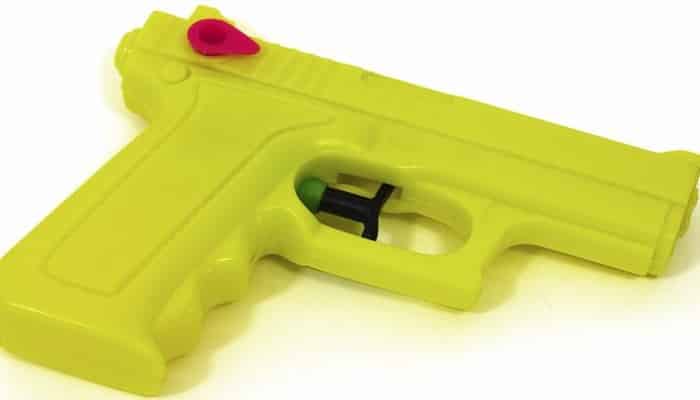 Plenty of people who commit crimes are often reluctant and even repentant with what they did. After all, not many people are born criminals or are inherently evil. Then, along came the Florida men who are neither good nor bad; they just want to see the world burn. Well, one Florida man did– he even filled a squirt gun with his own urine… to shoot random people with it.

71-year-old Joel Benjamin resides in Gulfport, Florida, US. One would think that he is a venerable wise old man due to his age, but perhaps something in Florida’s waters got to him. So, on Saturday night, Benjamin grabbed a squirt gun and filled it with his own pee, passing it off as a brilliant nefarious plan like a Sunday morning cartoon villain. Here he is:

Afterward, Benjamin looked for victims, and the immediate one he saw was a 50-year-old local woman who was walking her dog. Benjamin allegedly walked up to her and proceeded to fire his squirt gun’s load– the urine, at the woman. The police shortly caught up to Benjamin after his alleged crime and oddly enough, he claimed that he did not regret doing it.

Benjamin also showed no remorse with what he did with his urine squirt gun and even added that he would “do it again” when he was interrogated by the authorities. Despite that, it wasn’t clear what Benjamin’s motive was as he also didn’t say why he harassed the woman. Apparently, he lived nearby the victim, in a different apartment complex.

Authorities surmise that the Florida man could have been against his neighbors not restraining their dogs well enough, something that could have irritated Benjamin. Regardless, he was charged with misdemeanor battery and was given a $500 bond. He was released after paying the bond and is probably out getting ready with a bigger squirt gun and more pee.

Florida Man (Yes, Him Again) Found With 3 Syringes In Anus, Claims They Aren’t His

The moment he was inaugurated, immediate changes made by Biden made headlines across the country. These are many of the controversial issues and topics that were shunned and ridiculed by the former administration. Americans can finally breathe a sigh of relief that these concerns have finally reached government policies. It seems clear that Biden has been… END_OF_DOCUMENT_TOKEN_TO_BE_REPLACED

Presidential pardons are one and many in the history of the US. There are many times when US Presidents granted reprieves for their citizen’s misdeeds. The US President may grant a pardon for any individual, including himself, for any crimes done against the country and its citizens. This issue of Presidential pardons has been trending… END_OF_DOCUMENT_TOKEN_TO_BE_REPLACED