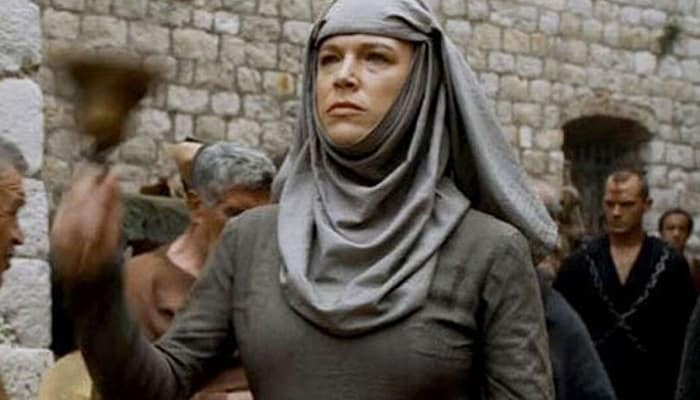 Apparently, there’s a new disease in town and it affects mostly the employed population of society. In fact, it has been estimated that the affected individuals have numbered in at around tens of thousands, possibly crippling the economy for a day. The weird part was, the epidemic took place on the same day as Game of Thrones Season 8’s release day.

I See I See GIF from Batman GIFs

Oh well, there’s no point in hiding it. If you’re an employer (particularly in Australia) and legions of your employees call in sick today, chances are, they’re not really sick. They might have just developed a couch-related affliction called “Westerositis” and have now become a permanent part of their couch after watching Game of Thrones Season 8’s first episode.

In their defense, people in Western Australia actually have it a little bit worse when it comes to the Game of Thrones Season 8 premiere. The long-awaited final season of the show got scheduled to air there on Monday at 9 a.m. (AWST). Smack dab right in the first day of work. Hence, tens of thousands of employees in Australia were sort of expected to do the logical thing: call in sick to work.

“They would do this legally through taking leave and illegally by falsely claiming illness… I can definitely say there will be a bigger rate of people taking the day off to watch Game of Thrones because it’s a Monday, it’s convenient,” says Daniel Stojanoski, an employment lawyer for Slater and Gordon. Bosses have been notified to expect such an “epidemic,” of course.

While employees could just wait and catch a re-run on HBO, that would mean having to live through spoilers in social media or worse, random public banter.

Still, Stojanoski has issued a warning to employees who did or are planning to do this again. The lawyer stated that it is better to ask your boss for flexibility instead of lying about illnesses since falsely claiming to be ill is actually illegal. Tough luck convincing your boss though if you’re actually, really sick today.

The Blood Test, The Swab Test, and The Saliva Test      Essentially, there are three general types of COVID-19 testing produced so far. One is the rapid test, the second is the saliva test and the other is the swab test. The rapid test (also known as the anti-body test) uses blood samples. The swab test… END_OF_DOCUMENT_TOKEN_TO_BE_REPLACED

The COVID-19 pandemic is one of the biggest modern pandemics known in history. Currently, there are more than five million confirmed cases in the world, with a total of 333,000 deaths. A total of 1.6 million of these confirmed cases are in the US alone. The world is currently in a race of finding a… END_OF_DOCUMENT_TOKEN_TO_BE_REPLACED

Despite concrete data and research, people’s opinions will always be diverse when it comes to a variety of topics including religion, politics, gender, and more. Denial is a common reaction to many important discussions and serious world events. The COVID-19 pandemic does not differ from any issues and is subject to opinions from critiques all… END_OF_DOCUMENT_TOKEN_TO_BE_REPLACED

Back in January, when the Wuhan, China coronavirus broke out, it didn’t make it to the front page of newspapers, in print or virtual form. Today, January feels like a lifetime away. Like it or not, people around the world have adapted to the new normal – staying at home, frequent hand washing, and social… END_OF_DOCUMENT_TOKEN_TO_BE_REPLACED

Since the beginning of the year 2020, the whole world has been stupefied by the rapid spread of a deadly coronavirus known as COVID-19. World superpowers in the West were unable to prevent the virus from reaching their borders. Because of this fact, the novel coronavirus COVID-19 became a world-wide pandemic no less than three… END_OF_DOCUMENT_TOKEN_TO_BE_REPLACED

For months since the start of 2020, the attention of the world has focused on immediate response efforts to contain and combat the novel coronavirus, also known as COVID-19. The deadly virus has pushed millions of people into isolation.  This kept people in their homes for weeks and months away from their work, their friends,… END_OF_DOCUMENT_TOKEN_TO_BE_REPLACED