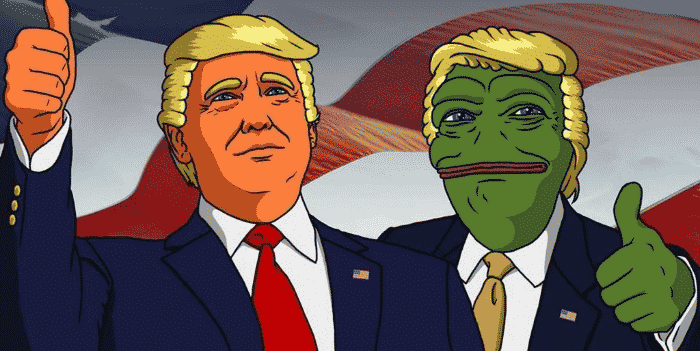 Even though Donald Trump promised during his campaign to release his tax returns if he was elected, he has yet to do so. Obviously, the man has something to hide. Whether it’s something criminal or he’s just embarrassed that he doesn’t make as much money as he wants people to think he did, it’s clear that he won’t willingly make his taxes public. While he’s not legally obligated to do so, he’s the first modern president in our country’s history not to release them. On the upside, Trump’s mysterious tax returns have inspired quite a few epic memes.

It’s no secret that wealthy business owners will take advantage of every loophole available to them in order to pay the least amount of taxes. Why wouldn’t they? But when they manage to find ways to pay no taxes at all or even get money back, then the system needs to be changed.

So, while it’s not a legal obligation for a president to release their tax returns, that doesn’t mean Trump is off the hook. The House Ways and Means Committee Chairman Richard Neal has requested to see Trump’s tax returns under a law that allows the chairs of Congress’s tax committees to examine confidential tax information. They’ve given him an April 23rd deadline and can subpoena the records if he doesn’t comply, so we might get to see what Trump has been hiding sooner rather than later.

It would be in true Trump fashion to fire everyone who works for the IRS in order to avoid releasing his tax returns for the rest of his presidential term. There’s no doubt that he will attempt to pull off something incredibly shady to get out of this one. Only time will tell what he does!

Trump acts like a tough guy, but it’s pretty obvious that he’s all talk. He might threaten to take down school shooters and ISIS all on his own, but the guy can’t even handle simple criticisms. And when it comes to why he won’t release his tax returns to the public, the guy is all about the excuses. First, he was waiting for Hillary Clinton to release her emails. Then he was being audited, a fact that has been denied by the IRS. Every now and then he’ll throw in of his favorite excuses, that Americans don’t care about his tax returns, only the media wants to see them.

If Trump had nothing to hide, he would have released his tax returns just to shut people up. So, what is he afraid of? Perhaps going to prison and having to pay a hefty amount in unpaid taxes. Or, maybe it’s just his ego that won’t let him go public. He wants everyone to think he’s wealthier than he really is.

6. Waiting For Trump To Release His Tax Returns

No matter how many times Congress, the media, or the public demand to see Trump’s tax returns, he will find a way out of it. He may not be good at being president but he’s definitely good at getting himself out of a tight spot. We’ll be hearing his excuses until the day he moves out of the White House.

While so many people are asking to see Trump’s taxes, others are demanding an IQ test. The man may have great accountants who can ensure his businesses never pay a dime in taxes, but that doesn’t prove he’s not as dumb as rocks. Personally, I’d much rather see proof that he’s not a moron suffering from mental health issues.

Along with all of the other racists in America, Trump was constantly demanding that Obama show his birth certificate to prove he was born in America. Since he’s black, then he must be from Africa, right? Well, Obama released his birth certificate to reassure Americans that he was a citizen. Now that the shoe is on the other foot, however, Trump is singing a different tune.

9. Proof That Trump Is Kenyan

Perhaps Trump was so hard on Obama because he is actually a Kenyan born Muslim. Isn’t there a saying about projecting your insecurities onto others? Since Trump doesn’t even know what country his own parents were born in, it wouldn’t be completely far-fetched to assume he doesn’t know what country he was born in himself. Maybe his tax returns indicate that he’s not actually American-born! He’s probably Russian. That would make sense.

Since Trump has been caught eating small papers in the White House to hide evidence of corruption before, he just might try to do the same thing with his taxes. This meme might be depicting the only way it can be extracted at the end of the day.

Will he or won’t he release his taxes? The waiting game is torturous, but most likely he won’t be sharing them with us willingly.

Trump’s tax returns might actually be evidence of how the rich stay rich, especially if it shows just how little he pays in taxes each year. Most of the people are living paycheck to paycheck while the 1% has more money than they can spend in a lifetime. Trump’s taxes might just piss us all off.

This will be all of us still waiting for Trump’s tax returns on his last day in office. We can die waiting or just assume that he’s not making them public because he did something illegal and move on.