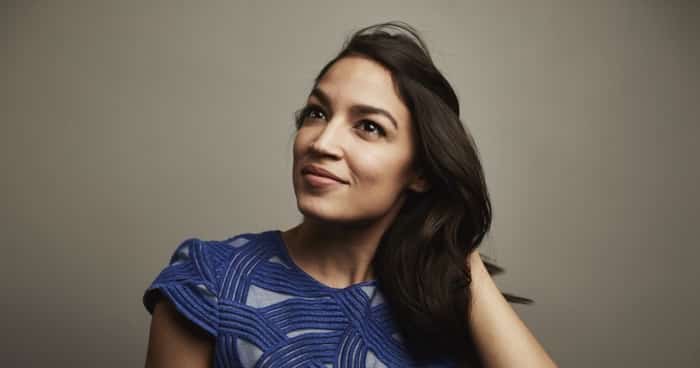 Republicans are petrified of Alexandria Ocasio-Cortez, and will do just about anything to discredit her. They’ve tried to shame her for working as a bartender, for where she grew up, and even released a college video project she worked on in an attempt to slut-shame her. Why? Because AOC managed to break through all of the barriers systematically put in place to prevent people like her from succeeding. She’s an assertive woman of color who worked her way up into a position of power and is pushing for changes that would put the kind of men who’ve been in charge for centuries at a disadvantage. On top of that, she can express herself far better than most other politicians, including our president, and has a way of delivering instant clapbacks that seem both well thought out and professional.

Here are some AOC quotes that demonstrate why Republicans are so afraid of her:

She Believes In Basic Human Rights

Healthcare as a human right, it means that every child, no matter where you are born, should have access to a college or trade-school education if they so choose it, and I think no person should be homeless if we can have public structures and public policy to allow for people to have homes and food and lead a dignified life in the United States.

One of AOC’s biggest strengths is her way of pointing out that people having the right to basic human needs is common sense. Banks would rather foreclose on a home and let them sit boarded up for years than to work out a payment plan with owners. There are nearly 250,000 empty and unaffordable apartments in New York City for one reason or another while 63,000 people are without a roof over their heads. It doesn’t make any sense.

The United States has run on capitalism for so long that it’s hard to imagine what our country would be like with a different political system put in place. AOC can imagine it though, and even if just a few of her ideas are put into place, life would be much easier for us. Republicans are against this because it means less money in their pockets.

I don’t think any person in America should die because they are too poor to live.

Republicans view poor Americans as leeches. They consider the programs created for them a waste of government services and tax dollars. To them, a person who can’t afford to eat or put a roof over their head is lazy and undeserving. They don’t feel that as humans, we all have a right to eat, receive healthcare, or have somewhere to live because they believe these things should be earned. AOC wants everyone to receive these basic needs for free, and Republicans couldn’t be more nervous.

She Encourages People To Care

The biggest hurdle that our communities have is cynicism – saying it’s a done deal, who cares; there’s no point to voting. If we can get somebody to care, it’s a huge victory for the movement and the causes we’re trying to advance.

One of the biggest advantages Republican politicians have is the fact that a ton of citizens don’t vote. In fact, just over half of Americans voted during the presidential campaign of 2016 and even less vote during the midterm elections. They count on us to not get involved in politics so they can continue screwing us over.

AOC is a woman of color who had to work her way through college, which is an unfathomable lifestyle to most Republicans. She doesn’t hide who she is nor does she apologize for it. Women in politics have always had to downplay their sexuality just to be taken seriously and avoid sexism in the workplace. AOC is making waves by refusing to do this, and Republicans are furious.

I know what it’s like to access the privilege of a ZIP Code but also be born in one that could have destined me to something else.

Politicians have long since ignored the obstacles designed to keep people of color out of positions of power. They sweep everything under the rug from wage inequality to obvious disparities in the justice system and AOC has had enough. She’s not only vocal about these boundaries, but she’s pushing to get rid of them which terrifies Republicans and rich white men in general.

She Gives Others Hope

I see people like me, who thought someone like me couldn’t be in politics, now are saying, ‘Oh, wait, I don’t need to take money from corporations to run. Maybe I’ll run, too.’

Republicans fear AOC’s influence on people, but she’s just one Congresswoman. What makes her even more intimidating is her openness about her political journey. She’s constantly sharing stories about where she has come from and the path she took to get where she is, emphasizing the fact that she’s just an average American. AOC makes it clear that politics aren’t just for the rich, or the white, or even just those who are related to the Kennedys and the Roosevelts. She makes it clear that anyone can run for office, and Republicans are afraid that we will.

AOC doesn’t let her haters get to her. They’ve done their best to trash her efforts, but it’s safe to say that they’ve failed tremendously. Not only does she let things roll off her back, but she’s known for her epic clapbacks.

Yes, MAGA Weddings Are A Thing

How did he die? An African American man, George Floyd, 46, was killed by Minneapolis Police officers. Floyd was being investigated for forgery. George Floyd’s death was caused by a police officer holding him down on the ground with a knee on his neck. He was not shot to death but instead strangulated. Now, his family… END_OF_DOCUMENT_TOKEN_TO_BE_REPLACED

The Blood Test, The Swab Test, and The Saliva Test      Essentially, there are three general types of COVID-19 testing produced so far. One is the rapid test, the second is the saliva test and the other is the swab test. The rapid test (also known as the anti-body test) uses blood samples. The swab test… END_OF_DOCUMENT_TOKEN_TO_BE_REPLACED

The COVID-19 pandemic is one of the biggest modern pandemics known in history. Currently, there are more than five million confirmed cases in the world, with a total of 333,000 deaths. A total of 1.6 million of these confirmed cases are in the US alone. The world is currently in a race of finding a… END_OF_DOCUMENT_TOKEN_TO_BE_REPLACED

Despite concrete data and research, people’s opinions will always be diverse when it comes to a variety of topics including religion, politics, gender, and more. Denial is a common reaction to many important discussions and serious world events. The COVID-19 pandemic does not differ from any issues and is subject to opinions from critiques all… END_OF_DOCUMENT_TOKEN_TO_BE_REPLACED

Back in January, when the Wuhan, China coronavirus broke out, it didn’t make it to the front page of newspapers, in print or virtual form. Today, January feels like a lifetime away. Like it or not, people around the world have adapted to the new normal – staying at home, frequent hand washing, and social… END_OF_DOCUMENT_TOKEN_TO_BE_REPLACED

Since the beginning of the year 2020, the whole world has been stupefied by the rapid spread of a deadly coronavirus known as COVID-19. World superpowers in the West were unable to prevent the virus from reaching their borders. Because of this fact, the novel coronavirus COVID-19 became a world-wide pandemic no less than three… END_OF_DOCUMENT_TOKEN_TO_BE_REPLACED