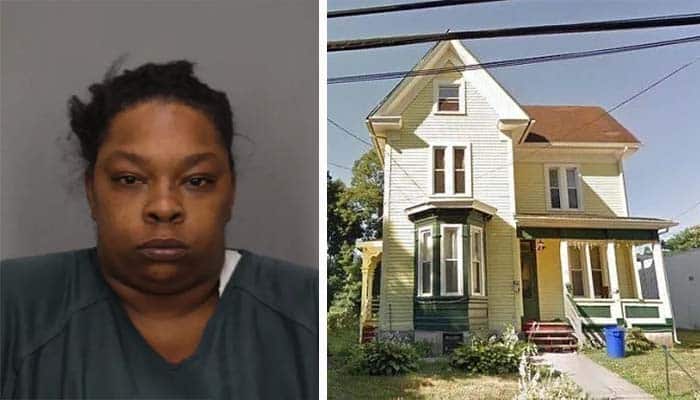 A New Jersey woman set her boyfriend’s house on fire last Saturday after their ménage à trois left her feeling jealous. Tasia Young admitted to causing the blaze that spread to two apartments and left seven Woodbury residents without a home.

The 33-year-old said she started the fire after she and her boyfriend invited another woman for sex on Saturday night. Young says she burst into anger after her partner called a taxi and asked her to go home, while the third party stayed.

According to police, Young said she “felt like she needed to hurt somebody” after their meet up, and that she’d “been going through a lot.”

Before committing the crime, Young had purchased matches and lighter fluid from a gas station, then headed over to her boyfriend’s apartment.

She tipped the entire bottle of combustiable liquid under his front door. She then set fire to a tissue and threw it at the lighter fluid.

“Young even demonstrated how she sprayed the lighter fluid,” an officer said.

Fortunately, no one was hurt in the fire, but the building was severely damaged.

Young was taken to Salem County Correctional Facility where she was charged with arson, aggravated assault, criminal mischief and several counts of endangering another person.

The Red Cross is providing temporary housing for the family that lost their home.