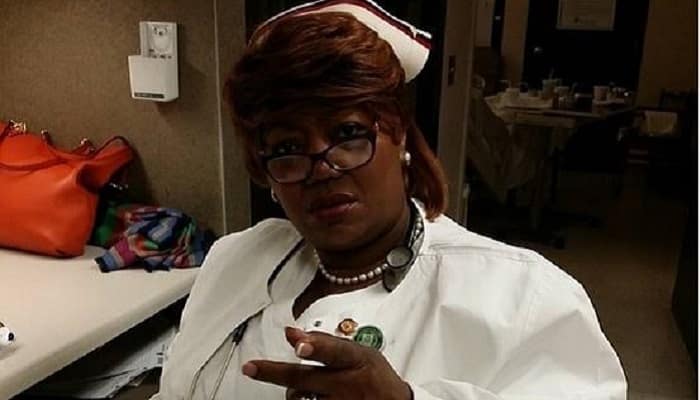 This is why people have trust issues. A “nurse” from Zambia has recently gone viral for a deplorable deed she claimed to have done in her 12 years of medical practice. Apparently, she swapped more than 5,000 babies while working at a hospital’s maternity ward more than two decades ago and the worst part was, she did it for fun.

Elizabeth Mwewa is the nurse in question and stated that used to work at the University Teaching Hospital (UTH) in Lusaka, Zambia. Mwewa claims to be dying now due to cancer and deemed now as the right moment to confess her biggest sin while on her deathbed: she swapped around 5,000 babies in the UTH maternity ward from 1983 to 1995.

“I have terminal cancer and I know I will be dying soon. I wish to confess my sins before God and before all the affected people especially those who were giving birth at UTH during my service. I have nothing to hide, In the 12 years I worked in the maternity ward at UTH, I swapped close to 5000 babies,” Mwewa confessed.

Mwewa also admitted that she did it for fun and it actually became a habit for her in her 12 years at UTH.

“I have caused many mothers to breastfeed children who are not theirs biologically. I don’t want to go to Hell for that, I’m really sorry I have sinned a lot. Please forgive me. If you were born in UTH between the years 1983 to 1995 chances are your parents may not be your biological parents. I had developed a habit of swapping newly born babies just for fun,” Mwewa begged.

Mwewa is now asking God and the parents she and children she has plagued for forgiveness. Still, the General Nursing Council (GNC) of Zambia has claimed that there was no midwife in UTH named Elizabeth Mwewa. Despite that, they are still conducting investigations on anyone who was born at UTH from 1983 to 1995. At the moment, the authenticity of Mwewa’s claims remain unconfirmed.

Gift-giving isn’t just a seasonal affair between friends, families and acquaintances. The art of gift-giving is also conducted on a national scale with countries often sending each other big, weird and expensive gifts. Experts in all things gifts, Vanilla Reindeer put together some examples of these expensive and odd gifts that have been shared between… END_OF_DOCUMENT_TOKEN_TO_BE_REPLACED

There are lots of ways you can make Pres. Trump feel welcome: you can offer him coffee, or mow a penis into a field for him to view as his plane lands. The willie in question has been chopped by Born Eco ahead of the arrival of President Trump, who visited the UK Monday for… END_OF_DOCUMENT_TOKEN_TO_BE_REPLACED

The year isn’t even halfway over, yet Donald Trump has managed to make a fool of himself and our country countless times. From inviting the national college football champions, the Clemson Tigers, all the way to the White House for some McDonald’s to his to the dreaded results of Mueller’s investigation, it has been one… END_OF_DOCUMENT_TOKEN_TO_BE_REPLACED

Republicans have always said that when they gained control in Congress, they would work to overturn Roe v. Wade and here they are, cashing in on that promise one state at a time. So far, Alabama, Arkansas, Georgia, Kentucky, Missouri, and Ohio have all passed incredibly restrictive laws on abortions, making it illegal for women… END_OF_DOCUMENT_TOKEN_TO_BE_REPLACED

If you’re on Snapchat, then you’ve probably played around with (and were likely horrified by) their filter gender swap filters. While you’re probably using these filters to send hilarious pics to your friends, some guys using them to create Tinder profiles. What likely started out as a joke has quickly evolved, and these guys are… END_OF_DOCUMENT_TOKEN_TO_BE_REPLACED

“Milkshaking” is a hilarious trend in Britain where a milkshake is thrown at and ideally lands on a far-right politician or activist. The point of this nonviolence protest is to humiliate them without causing injury. Physical injury at least. There’s no doubt that milkshaking has led to a few bruised egos. Not only is this… END_OF_DOCUMENT_TOKEN_TO_BE_REPLACED