Dan Rather In Reddit AMA: ‘No One Proved Bush Docs...

Veteran broadcaster Dan Rather stopped by Reddit for an “AMA,” code on the network for “ask me anything.” It was the second time in recent months Rather hooked into the site’s traffic capital to draw new viewers to his show, and Rather praised the site’s open dialogue as he expounded upon some of his earlier points.

In one intense exchange, the documents on which Rather reported regarding then-President George W. Bush’s Vietnam service — a story which proved very controversial — came to issue, and the journalist addressed the ongoing dispute over the documents’ veracity.

Responding, Rather stood behind the decision in the Reddit thread, saying it had never been proven the docs were inauthentic. A user suggests the documents were forged and planted to attack his credibility, to which the broadcaster replies:

“number 1 – the facts of case are not in dispute. Number 2 – no one had ever established that the documents were forged (those who attack them argued that we didn’t do enough to demonstrate that they were not forged) The whole documents argument was a camouflage – what was described in the documents was factual. As for the trap argument — could have been, might have been but nobody has ever proven that.” 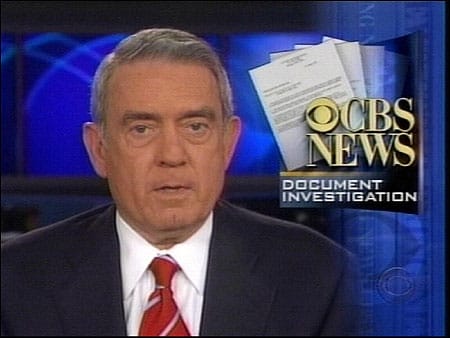 “What I know, all I know, is we reported a true story. Whatever you think of the documents, facts are facts. Fact #1 – a young George Bush was put into a “champagne unit” of the Air National Guard through the influence of his father to ensure he wouldn’t have to go to Vietnam. Fact #2 – once in this “champagne unit” the young George Bush did reasonably well for awhile and then he disappeared – he just took off. No accountability. He was absent without leave for a very long time. Fact #3 – he never completed his obligation the length of service. He got out well before his time was up.”