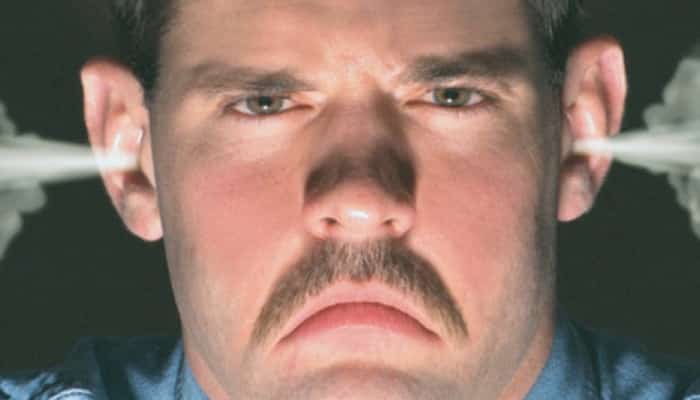 College is an awesome place and is usually where new and radical ideas are being born each generation. Of course, not all ideas are perfect, and one college in the US has caused quite a commotion online when they started offering an “Angry White Male” course, which, in turn, has actually angered many white males on Twitter.

The University of Kansas was the college in question and they started offering an odd course called “Angry White Male Studies.” Apparently, it puts the “angry white male” stereotype under a magnifying glass, particularly in the US and UK populations. Apart from the history of such a stereotype, the course also offers a deeper look into how it came to be.

As such, the course will be examining “manifestations of male anger” in the modern age starting from the 1950s. Additionally, the Angry White Male Studies will take a look into how modern rights-based movements, particularly from women, LGBTQ communities, and racial minorities, are affecting white male masculinity.

As expected, the course offering angered the white male denizens of Twitter, where they manifested that angered by voicing out their woes both constructively and destructively:

Just read an article on this trash. I live in Kansas, which is a conservative state. I’m thinking it’s time for KU to get an education on the concept of the boycott.

Instead of a course to unite people and empower women, KU has decided to offer a class that divides the student population and could pose a Title IX violation by creating a hostile campus environment based on gender. #ksleg https://t.co/XhUNfpFUcW

Not to sound like an angry white male but what the actual hell is this utter trash?

Ah, good old Kafka traps. If you protest you are therefore the angry white male. If you don’t, the decay gets even worse. Thanks KU for the early Trump 2020 gift.

Now, here’s the plot twist, the Angry White Male course is to be taught by a professor named Christopher Forth, who is himself is a white male. Forth’s race and heritage did raise some concerns too as he is also the one who authored the course. He ought to just rename it “Make yourself feel guilty” course and make it unisex.

Gift-giving isn’t just a seasonal affair between friends, families and acquaintances. The art of gift-giving is also conducted on a national scale with countries often sending each other big, weird and expensive gifts. Experts in all things gifts, Vanilla Reindeer put together some examples of these expensive and odd gifts that have been shared between… END_OF_DOCUMENT_TOKEN_TO_BE_REPLACED

There are lots of ways you can make Pres. Trump feel welcome: you can offer him coffee, or mow a penis into a field for him to view as his plane lands. The willie in question has been chopped by Born Eco ahead of the arrival of President Trump, who visited the UK Monday for… END_OF_DOCUMENT_TOKEN_TO_BE_REPLACED

The year isn’t even halfway over, yet Donald Trump has managed to make a fool of himself and our country countless times. From inviting the national college football champions, the Clemson Tigers, all the way to the White House for some McDonald’s to his to the dreaded results of Mueller’s investigation, it has been one… END_OF_DOCUMENT_TOKEN_TO_BE_REPLACED

Republicans have always said that when they gained control in Congress, they would work to overturn Roe v. Wade and here they are, cashing in on that promise one state at a time. So far, Alabama, Arkansas, Georgia, Kentucky, Missouri, and Ohio have all passed incredibly restrictive laws on abortions, making it illegal for women… END_OF_DOCUMENT_TOKEN_TO_BE_REPLACED

If you’re on Snapchat, then you’ve probably played around with (and were likely horrified by) their filter gender swap filters. While you’re probably using these filters to send hilarious pics to your friends, some guys using them to create Tinder profiles. What likely started out as a joke has quickly evolved, and these guys are… END_OF_DOCUMENT_TOKEN_TO_BE_REPLACED

“Milkshaking” is a hilarious trend in Britain where a milkshake is thrown at and ideally lands on a far-right politician or activist. The point of this nonviolence protest is to humiliate them without causing injury. Physical injury at least. There’s no doubt that milkshaking has led to a few bruised egos. Not only is this… END_OF_DOCUMENT_TOKEN_TO_BE_REPLACED